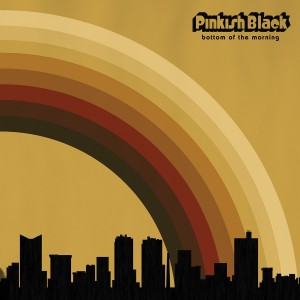 Pinkish Black…where do you begin? The duo of Daron Beck and Jon Teague arose from the ashes of another highly regarded experimental metal band from Texas, The Great Tyrant. Now Pinkish Black aren’t metal in the traditional sense, (although they do wear black and one of them has long hair) but more in the chilling, menacing and uneasy tone that they achieve. They conjure imagery of John Carpenter and 70’s Giallo movies all sprinkled with David Lynch-esque mad genius. This album is their third release since 2012 and it’s very much a grower. Their earlier work was accurately described in a previous interview as “a music nerd game of name that influence”. With every listen to ‘Bottom of the Morning’, you catch glimpses of Zombi, Goblin, Lightning Bolt, Swans, Gary Numan, Author & Punisher, the list goes on and on. This makes for a great listening experience and is one of the reasons I kept going back to the record. Each of the eight wonderful tracks are masterfully created. The title track ‘Bottom of the Morning’ and, ‘Everything Must Go’ my standouts for now (but these will likely change on further listening). Sometimes gothic, sometimes electronic like on ‘I’m All Gone’. Fritting between the fuzz of ‘New Dawn Fades’ and the industrial yet punk as f**k of ‘Special Dark’. You can really sense the unique understanding Beck and Teague have with each other after collaborating for so many years in various guises. Both came from different musical backgrounds but combine to make what is a sensational band and another sensational album. Trust me, even though you think you’ve heard a band like Pinkish Black – you haven’t heard Pinkish Black. – Richard Thomas