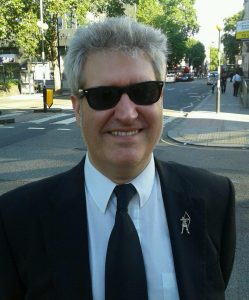 I’ve been asked this a lot over the course of the past year, seeing as I had a collection of horror fairy tales out back in May – Kane’s Scary Tales Vol. 1, published by Things in the Well (which you can buy here) – and now we have the final part of the RED trilogy coming, Deep RED from SST (up for pre-order here). The answer is that, like most people, I grew up with these stories, being told them by parents and grandparents, by teachers. So, when you think about it, after I became a writer myself it was only a matter of time before I turned to them and attempted to put my own spin on the classics

The first one I tackled was Goldilocks with a short called ‘Who’s Been…?’ in 2005 which one reviewer rightly pointed out was my horror take on The Three Bears by way of Ken Loach. I had so much fun with that, I decided to try my hand at another: possibly the most recognisable fairy tale there’s ever been, Little Red Riding Hood. This would be a longer piece, I knew – a novella, in fact. An urban reworking of the myth with decaying streets taking the place of the woods, and a young careworker standing in for our hero: Rachael Daniels.

I started to think about the old legend, about the wolf dressing up as Grandma and fooling Red, even though in most of the tellings it still looked like a wolf! And I began to think about how, essentially, werewolves are just shapeshifters anyway – as they morph from human to wolf. So, I thought, why not have one that could become anyone, adding that atmosphere of paranoia from films like The Thing? And the actor William Oliver Finch was born, who we’d later learn was ‘The First Wolf’ – or at least had taken its powers to develop into the thing he’d become.

Racing to deliver meds to her elderly patient, Tilly, as night falls, Rachael finds herself not only having to evade gangs of youths, but Finch as well – little realising that he might be waiting for her disguised as the old lady… 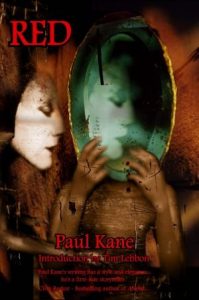 I was lucky enough to find a publisher quite easily for RED, Skullvines Press in the US. And I was equally lucky to get a Dave McKean (Sandman, MirrorMask) image for the cover, as well as a Tim Lebbon introduction. The novella came out ten years ago, garnered some great reviews from the likes of Cemetery Dance, Hellnotes and Horror World, and that was that…

Or so I thought.

Because of the way I’d structured RED, making it pretty much self-contained, I’d never really thought about a sequel. Not until I started to write follow-ups to a few of my stories, and in particular the Hooded Man novels – picking up the story a few years after Arrowland with the novella Flaming Arrow. It’s something that I think you do when you’ve been kicking around for a while as a writer, wondering whatever happened to some of those characters you were writing about back in the day. I was also doing more dark fairytales, like Sleeper(s) – my version of Sleeping Beauty, which one producer called Inception meets Outbreak – which was getting me back in the mood for some more RED. 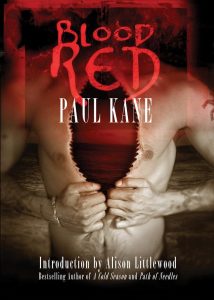 More as an exercise than anything, I challenged myself to come up with a way I could continue the story – and for those who haven’t read any of the books yet, I won’t go into details to avoid spoilers. Suffice to say, I managed to figure something out and, in actual fact, I think it’s one of the best ideas I’ve ever had for anything. It allowed me to write the novel Blood RED, which I pitched to SST Publications as a ‘two-fer’ because I wanted to include a reprint of the original novella with it, actually in the same book. This meant you could read both back-to-back without having to buy any other book… probably a good job, as the Skullvines version was long out of print and selling for stupid prices online.

Paul Fry at SST thankfully said yes, and produced not only a trade hardback and paperback, but also an ‘all bells and whistles’ signed deluxe version – once again with Dave McKean art on the cover, and this time with bestseller Alison Littlewood handling the introduction duties. Just to make it extra special, we included my concept sketches, an extract from the proposed graphic novel of RED and from the award-winning feature film script adaptation, Seeing Red, by Sundae Jahant-Osborn. Imagine my delight, however, when this release was even better received than the first one – with places like SFF World calling it, ‘fast-paced and gloriously gruesome’ and Book Lover’s Boudoir saying in their 5 star review, ‘I loved  every page!’ It really doesn’t get any better than that… 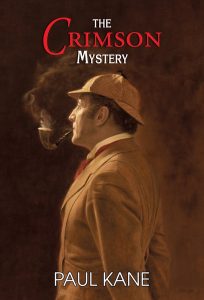 Now, there had been another story written in the RED mythos between the first and second books. One that I pitched but it didn’t land anywhere, a curiosity really which would cross over the world of Finch with Sherlock Holmes: The Crimson Mystery. Given the success of my Holmes-Hellraiser crossover novel, Servants of Hell from Solaris, it seemed like a no-brainer to release that one too with SST producing a truly stunning hardback, featuring a cover from Jaws and Empire Strikes Back artist Roger Kastel (which you can still buy here). I’d already decided to make the third RED novel post-apocalyptic, taking place after the rise of the wolves; I’ve written quite a bit in that field when all’s said and done, including the Hooded Man novels and The Rot from Horrific Tales. I also wanted to make it the finale, so we included the prologue of Deep RED inside Crimson Mystery as a taster.

Fast forward a couple of years and I finally found time to continue on from that prologue earlier this year, to tell the tale of humanity’s last struggle against the wolves – bringing back some favourite characters, and introducing all new ones. Which is where we are today… Once again, I’m delighted to report we have a Dave McKean cover – this time created specifically for the book – which is stunning, and an introduction by Female Cenobite and author of Voices of the Damned, Barbie Wilde, who’s been a staunch supporter of the books since the start. The limited edition has more extras than ever, including more sketches, scans of notebooks, an exclusive interview with yours truly and an extract from the audio edition of RED.

Review copies are going out as we speak, and I hope people like the way I’ve wrapped everything up. For my part, it’s certainly been a blast painting this particular town RED! Paul Kane 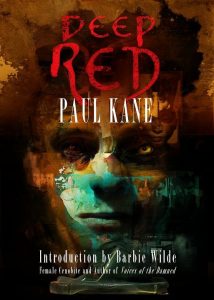 Paul Kane is the award-winning, bestselling author and editor of over eighty books – including the Arrowhead trilogy (gathered together in the sell-out Hooded Man omnibus, revolving around a post-apocalyptic version of Robin Hood), The Butterfly Man and Other Stories, Hellbound Hearts, The Mammoth Book of Body Horror and Pain Cages (an Amazon #1 bestseller). His non-fiction books include The Hellraiser Films and Their Legacy and Voices in the Dark, and his genre journalism has appeared in the likes of SFX, Rue Morgue and DeathRay. He has been a Guest at Alt.Fiction five times, was a Guest at the first SFX Weekender, at Thought Bubble in 2011, Derbyshire Literary Festival and Off the Shelf in 2012, Monster Mash and Event Horizon in 2013, Edge-Lit in 2014, HorrorCon, HorrorFest and Grimm Up North in 2015, The Dublin Ghost Story Festival and Sledge-Lit in 2016, plus IMATS Olympia and Celluloid Screams in 2017, as well as being a panellist at FantasyCon and the World Fantasy Convention, and a fiction judge at the Sci-Fi London festival. A former British Fantasy Society Special Publications Editor, he is currently serving as co-chair for the UK chapter of The Horror Writers Association. His work has been optioned and adapted for the big and small screen, including for US network primetime television, and his audio work includes the full cast drama adaptation of The Hellbound Heart for Bafflegab, starring Tom Meeten (The Ghoul), Neve McIntosh (Doctor Who) and Alice Lowe (Prevenge), and the Robin of Sherwood adventure The Red Lord for Spiteful Puppet/ITV narrated by Ian Ogilvy (Return of the Saint). Paul’s latest novels are Lunar (set to be turned into a feature film), the Y.A. story The Rainbow Man (as P.B. Kane), the sequel to RED – Blood RED – the award-winning hit Sherlock Holmes & the Servants of Hell and Before (a recent Amazon Top 5 dark fantasy bestseller). He lives in Derbyshire, UK, with his wife Marie O’Regan and his family. Find out more at his site which has featured Guest Writers such as Stephen King, Neil Gaiman, Charlaine Harris, Robert Kirkman, Dean Koontz and Guillermo del Toro.