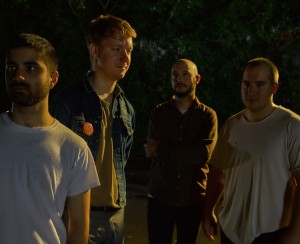 Heat Dust will be releasing their debut full-length album via dark imprint The Flenser on September 18th, 2015. This LP sees the band diving headfirst into the nihilistic depths of dark post-punk.

Following the release of the Heat Dust LP, the band will embark on a U.S. tour supporting Thou/The Body this October. Keep up with Heat Dust on Facebook and Tumblr – more news coming soon.