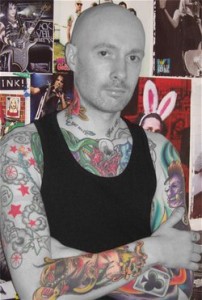 1) Steve Jackson & Ian Livingstone’s The Forest of Doom: Probably the single most re-read book I’ve ever… er… read. The third entry in the Fighting Fantasy gamebook series could probably be credited with transitioning young Wayne from a reader of comic-books, exclusively, to a reader of proper grow-up books with no (well, fewer) pictures.

2) Stephen King’s Carrie: Who doesn’t relate to poor ol’ Carrie White, with her insane, religious zealot mum and all those tampons being chucked at her in the shower room. King’s debut remains his best, in my humble opinion, and marked the start of my love affair with horror fiction. 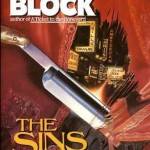 3) Lawrence Block’s The Sins of the Fathers: Probably the first noir I’d read (if you discount The Thirty Nine Steps which we studied at school). It’s also the first of Block’s Scudder series following alcoholic PI (without a license) Matt Scudder. Block has such a clean and yet vivid writing style that just draws you into his world. But it’s his characters that resonate the most; deeply flawed, familiar and damaged often beyond repair. And that’s just the good guys.

4) David Moody’s Autumn: I first picked this up around 2004 or 2005 whenever Dave had it available as a free e-book via Infected Books (www.infectedbooks.co.uk). I’d just watched Zach Snyder’s Dawn of the Dead and was hungry (no, ravenous!) for zombie fiction. A quick google and up popped this little beauty and, no lie, it pretty much changed my life. With Moody’s inimitable way of putting ordinary people in extraordinary situations, Autumn is a zombie book like no other and was hugely instrumental in steering me towards the genre as a wannabe writer. 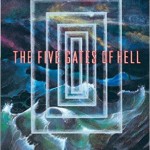 5) Rupert Thomson’s The Five Gates of Hell: Picked this up at Bargain Books on a whim back in the ‘90s and it just blew me away. I’m not big on literary fiction (whatever that is) but Thomson’s writing is utterly compelling and often more horrific than most of what you’ll find in the horror section.

6) F. Scott Fitzgerald’s This Side of Paradise: We studied The Great Gatsby at school and I really enjoyed it. Kind of like a noir with champagne and flappers instead of gangsters. But it was Fitzgerald’s debut novel, This Side of Paradise, that really grabbed me; a bittersweet tale of a young man failing to find himself in a world where he doesn’t really fit. Surely an outlet for Fitzgerald, a troubled soul himself, to tell part of his own sorry story. 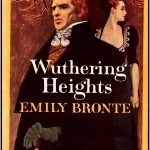 7) Emily Bronte’s Wuthering Heights: Another one we read at school and definitely one of my favs. The concept of the anti-hero wasn’t one I was too familiar with, at the time, so Heathcliff really struck a chord with me. Plus, the way Bronte presented the Yorkshire moors made it feel like a ghost story without the ghost.

8) Nick Hornby’s High Fidelity: Whether it’s the film or the book doesn’t matter. The story is just awesome. The characters are all loveable and hateful at the same time. It’s the ultimate feel-good trip and funny as all hell to boot. I don’t care who you are, or whether you’re a Hornby fan or not (I haven’t got on with another single thing he’s written), this is essential reading. 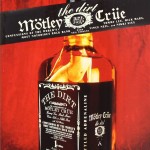 9) Motley Crue’s The Dirt: The ultimate tale of sex, drugs and rock n’ roll. Back in the 80s, hair metal anti-heroes, Motley Crue, raped and pillaged their way across the music world and this is their story, warts and all. You don’t need to be a fan of the band to enjoy this. In fact, it’s probably better if you aren’t.

10) Marvel’s Secret Wars II: Strictly speaking, a comic book, but Marvel’s epic crossover series, bringing together all their best heroes and villains (and some of their worst), was surely a highlight of the 80s. 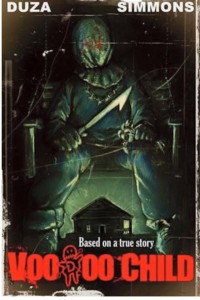 Wayne Simmons is the author of Flu, Plastic Jesus and The Girl in the Basement.

His forthcoming novel, Voodoo Child (co-authored by Andre Duza) is a homage to 80s slasher horror and will be launched at a special event at Birmingham Waterstones (New Street) on Friday 30th October.

Find Wayne at his website:www.waynesimmons.org