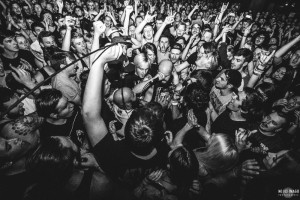 Californian melodic hardcore troupe Being As An Ocean are pleased to announce their new self-titled LP, set for UK and European release on July 6 via Impericon Records.

Have a listen to ‘Little Richie’, the first track from the album here: http://www.youtube.com/watch?v=WpD6fOOwaNA

And pre-order the album here: http://www.impericon.com/uk/being-as-an-ocean.html

Being As An Ocean LP, the band’s third full-length, sees the band plunge further into their unique self-contained sound world. Elements of melodic hardcore, post-hardcore, emo, metalcore and spoken word combine to create a heartfelt and anthemic record. A showcase of catharsis and pure emotionality, Being As An Ocean have crafted a release which’ll see the band further ascend the ranks towards musical stardom.

Known for their relentless touring schedule, catch the band at Slam Dunk this coming weekend.