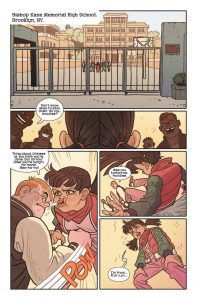 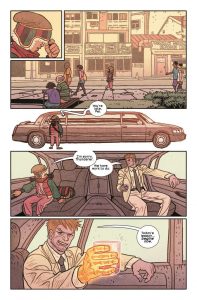 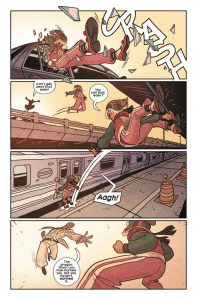 Marvel and comiXology’s team-up kicks off with Immortal Iron Fists, a 6-issue bi-weekly series written by Kaare Andrews with art by Afu Chan. Immortal Iron Fists is on sale today for $2.99 on comiXology and Kindle or free to comiXology Unlimited subscribers as part of their subscription. New users to comiXology’s popular subscription service can also access ImmortalIron Fists for free as part of their 30-day free trial. Additional exclusive series will be announced soon.

A unique entry-point that’s perfect for new fans and longtime readers alike, Immortal Iron Fists tells the tale of Pei, a young female monk from K’un-Lun and the youngest person to ever bear the mark of the Iron Fist. While Pei tackles the trials of high school, Danny Rand, the Immortal Iron Fist, faces his greatest challenge yet: training the inexperienced Pei. All the while, a growing threat appears that will take more than one pair of Iron Fists to defeat!

“Immortal Iron Fists serves as a perfect starting point for those new readers who are just discovering the world of Marvel Comics,” said Chip Mosher, comiXology’s Head of Content & Senior Director of Communications, “We’re loving working with Marvel on this line of exclusive content as part of our comiXology Originals program. Giving new and current fans the option to buy or read for free as part of our comiXology Unlimited subscription service is a huge win. We can’t wait to hear from the fans.”