Marvel Comics is proud to present an all-new approach in introducing the world to Marvel Comics and the next great Marvel Super Hero event –MONSTERS UNLEASHED! Masterfully mixing animated comics with in-depth narration and commentary, this new video series is designed to present a whole new audience to the world of Marvel’s gargantuan monsters, timed with the debut of the brand new comic book series MONSTERS UNLEASHED, available now in all local comic retailers. 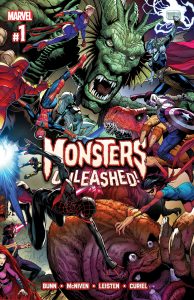 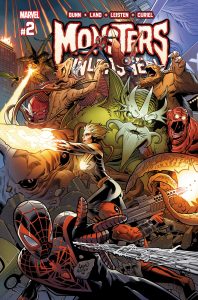 Brought to you by superstar writer Cullen Bunn (Deadpool Kills the Marvel Universe, Uncanny X-Men) and an army of today’s top artistic talent – Steve McNiven, Adam Kubert, Leinil Yu, Greg Land, and Salvador Larroca – MONSTERS UNLEASHED  brings you a colossal story filled with wall-to-wall action as the Avengers, the Champions, the Guardians of the Galaxy, the X-Men, the Inhumans, and more band together and go toe-to-toe with towering beasts the size of skyscrapers!

Continuing the excitement surrounding the massive monster mayhem in MONSTERS UNLEASHED , Marvel has worked with Skillet, to incorporate the track “Back from the Dead” into its latest Marvel Music Spotlight Video. 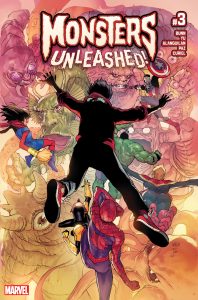 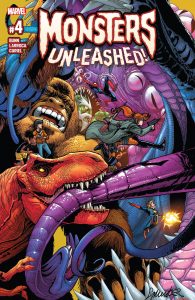 “Marvel has been one of the defining things in my life ever since I was 4 years old when Spider-Man became my hero,” said John Cooper from Skillet. “The Marvel Universe is a world where even a nobody like Peter Parker can become someone, stand up for what is right, and no matter how evil the world becomes, you know that good will overcome. Being involved with Marvel is truly one of the best moments of Skillet’s career.”