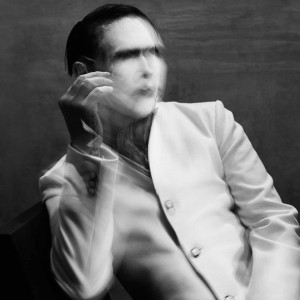 Marilyn Manson – The Pale Emperor CD (Cooking Vinyl)
The God of Fuck is back! What can be said? Manson is an entertainer, and he does write some good songs; now whether you despise him for the mainstream appeal he amassed back in the 90’s there is no denying his eclectic mix of electronica-rock and weirdness is infectiously refreshing. ‘The Pale Emperor’ as you would expect comes with a select explicitness and dark sense of fucked-up analyses, but what more would you expect? As Manson delivers articulate descriptive lyrics it’s easy to delve deep inside the storyline of the entirety of the album and even become involved in the topics as they evolve. The thunderous rhythms which create the underlying Marilyn Manson sound are prominent in the likes of ‘Deep Six’ and ‘Slave Only Dreams To Be King’, but there is still a variety of diversity in the cocktail, whilst keeping the entire groove loop spiralling throughout the listening. Don’t expect screaming metal guitars and bellowing vocals, instead revel in the dark and sordid atmospherics ‘The Pale Emperor’ lets surface. Mark Freebase