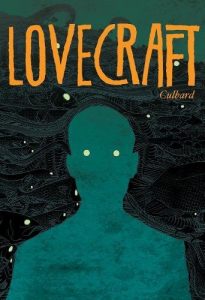 Few writers have had the same kind of impact on genre fiction as Howard Phillips Lovecraft. Largely unrecognised and ignored during his lifetime, his literary legacy in the eighty one years since his death has spawned thousands of imitators and gifted the world an enclave of horror that’s become as  recognisable as the monsters of populist folklore and mythology. For a man who was reputedly plagued by insecurity and neuroses and scared of anything he considered unknown, foreign or alien, the miracle of Lovecraft is that he was able to filter the things that separated him from society through an incredible imagination and give them shape, form and substance in his stories and tales.

Having created a pantheon of unspeakably old deities and star born races, he then traced their fantastical influence on the history and development of humanity and the realisation that our species, as far as the vast and unforgiving depths and realms of the Universe are concerned, is completely insignificant. For everyone who continues to discover his, relatively, prolific output, his stories are a revelation and for many, help to shape the way they see, interact with and relate to fiction. He was, is and will continue to be, one of the foremost artisans of his craft. The cruelest joke that the cold and unfeeling cosmos, the subject of so much of his work, played on him though was to let him die believing himself to be a victim of the absolute indifference that littered and destroyed the lives of so many of his characters, instead of being allowed a glimpse of the impact that his work would ultimately have on the worlds of horror and literature.  And it’s this gravest of cosmological errors that I.N.J. Culbard seeks to redress with Lovecraft, a collection of his adaptations of four of Lovecraft’s most famous works.

Culbard’s pulp drenched art is the perfect companion for Lovecraft’s stories, as it embraces their print origins in Weird Tales and the other newsstand magazines that were popular with fans of horrific and fantastical fiction during his lifetime.  Drenched in detail, Culbard lends his considerable talents to The Dream-Quest of Unknown Kadath, The Case of Charles Dexter Ward, At the Mountains of Madness and The Shadow Out of Time, all of which incorporate the themes that were central to Lovecraft’s  work –  cosmic indifference, the loss of identity, the fragility of life, other worldly monsters and intelligences, the insignificance of humanity and its history and the fear that we are merely the playthings of an uncaring universe and the things that have populated it since the dawn of time.  Attempting to single out any of the quartet of stories that Culbard has lent his hand to in Lovecraft is nearly impossible as each is beautifully rendered and not only acknowledges the genius of their origin but also serves as a reminder that some ideas, just like the stories that Lovecraft celebrates, are timeless. However, nearly is not totally, and as such, and simply because of the impact that it had on my impressionable teenage self when I first read it and the effect that it’s had on me at various stages of my life, it would be remiss of me not to point out that Culbard’s version of At the Mountains of Madness is second only to H.P’s original story and is more than worth the price on the dust jacket by itself.   Yes, it really is that good. All four adaptations are. You don’t want this book, you need it. It really is that simple. Ia! Ia! Lovecraft fhtagn…  Tim Cundle