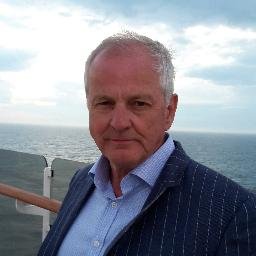 At sixteen I left school. In the two years before that I was not too concerned with the chances of getting a job; there were many jobs that a completely unskilled and not too bright boy like me could do. The coal mines were recruiting like there was no tomorrow but my father and the short trip to a coal mine in Nottinghamshire soon put that idea out of my head.

“I know, I will join the RAF like my big brother.” Sorry son you are not that clever and you didn’t pass the test. The RAF recruiter was very nice about it but the recruiter didn’t need me.

Was I itching to leave home and the security that it had given me since birth? I suppose so but now I was on a long, life journey that would take me to many places, some of them not that pleasant.

My Dad went with me to London with the most monumentally heavy suitcase; I never realised how heavy and awkward they could be; why didn’t they have wheels? Another missed opportunity; I could have been rich by now.

The South Side of the Royal Albert Dock in the sixties was a very busy place; ships from all over the world were loading and unloading all manner of things. My Dad dropped me off at the shipping office and said goodbye. “Look after yourself Peter.” I was suddenly all alone.

The training at the Sea School in Gravesend had prepared me a little for what was to come but would a sixteen year old be doing this today? I thought about the training at Gravesend many times when I later joined the Army. Army life was way easier.

Anyway from the office in London it was to Heathrow and on to a plane to Hamburg; I had never been on an aircraft before let alone an airliner to a foreign country. I still had no idea where I was going; the only thing I was half sure of was that I was to join a ship called Illyric; a refrigerated cargo ship by all accounts.

A week later we were out in the Atlantic heading for the Panama Canal and then onto New Zealand. New Zealand! That was the other side of the planet and way more exotic than I could imagine. Didn’t they have odd sorts of wildlife there and giant rugby players?

It was in Auckland that my life was ruined. The local agents had set up a television in the crew rest room; a black and white one of course, as colour TV had not yet reached this part of the world. One day I went in to write a letter to my parents; the only affordable way to communicate long distances in 1968.

On screen was science fiction; a star ship called Enterprise with a five year mission. This looks good I thought; the letter can wait. Even in black and white it was good and way better than the dodgy science fiction that was currently on the TV in the UK. But Star Trek has lodged in my brain. Have I collected the complete set on DVD? No. Would I dress up as spock or a Klingon and go to a convention? Probably not. Can I remember what episode I saw way back then? No I can’t. But I can say that I have watched just about all the iterations of Star Trek many times and never tired of it.

Is there life after Star Trek? The question probably doesn’t matter as Star Trek might never end.

It ruined my life. 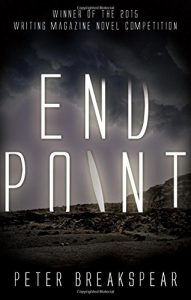 End Point, published by Matador, is out now