Warning: preg_match() expects parameter 2 to be string, object given in /var/www/vip4/sites/vip6102689/httpd/htdocs/wp-includes/formatting.php on line 4866
 It Ruined My Life... John Robb (Membranes) - Mass Movement
x
Spread the love 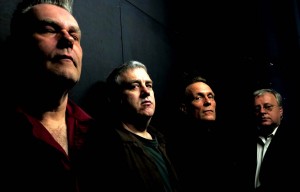 Of course Punk Rock Ruined My Life – that’s why I’m half way through writing a book with the same title
Drifting awkwardly through teenage years in the mid-seventies in Blackpool like a lonely seaside boy would make anyone who was sensitive to the world feel lost. School was a monochromatic grey plod through depression, girls that were like aliens, sport that was for everyone else and even our music was letting us down. We were the worms. The whey faced youth skulking in playgrounds waiting to go home to escape the shrill incessant shriek of the rest of humanity with its clenched bully fists and witless whining.

In 1976 it had been a whole 18 months since glam rock had ruled the roost and even Marc Bolan was sliding down the charts with his great new single New York City. The glam class has gone off in a hissy fit, the Sweet had run out of tunes, Slade had lost the key to the anthem cupboard, Bowie had gone plastic soul – great but not the same, Roxy music were becoming landowners and even the godlike Sparks seemed to have disappeared. 1975 was a cultural low point. The charts were full of old Beatles singles and the music press were full of denim and flares, beards and grubby hair-font’s – it was just like 2015!

The world felt wrong, the sound track didn’t exist and even if punk had not been invented by a haberdasher on the Kings Road someone somewhere would have come up with something to save gangling teenagers like me from themselves. Punk was like a electric shock. It was terrifying to get into. It was like putting a big kick me target on your back and was a strange an alien world that we are still trying to make sense of all these years later. Plicately, sartorially and socially it completely matched my mood and was the escape from the void. Of course I lost any opportunity to get a well- paid well panned career that I was lined up for but the escape was everything and the struggle since then has been glorious. Nearly 40 years later I’m somehow sat next to my best ever recording baffled at how I got here. And if things don’t always sound punk now they feel punk and the feel and the idea was always far more important than the actual sound.

The membranes were formed into this vacuum. We had no idea how to play music. We just knew that we had to somehow do it. We made noise because our heads were filled with the sound of confusion. We would go on to tour the world. Be critically acclaimed. Take 25 years off and then return with a new album. There was no normal way of doing it then and there is no normal way now.
Punk rock is still truly ruining my life…
John Robb

‘Dark Matter / Dark Energy’ is released by Cherry Red on June 22nd, and is available for pre-order from all of your favourite music sites and record stores. www.facebook.com/theMembranes