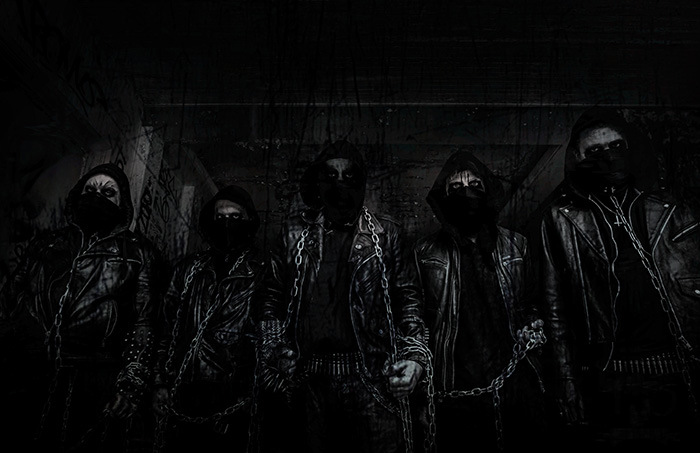 Metal Underground has partnered with Kaotoxin for the premiere of a teaser video for Memento Mori, the upcoming album from nihilistic black metal group THE NEGATION. Check it out at this location.

The sophomore album will be released by Kaotoxin as a 500-copy limited edition deluxe three-panel DigiSleeve CD first press (followed by crystal / jewel box reprint) with 20-page booklet, as well as digitally, on July 7 in North America (July 10 for the rest of the world).

Produced at the Hybreed Studio (Temple of Baal, Glorior Belli) and with artwork by Metastazis (Morbid Angel, Behemoth, Watain), Memento Mori features ten tracks of powerful, heavy, intense and extremely dark Black Metal. But don’t expect straightforward Satan-praise here: there’s far more than meets the eye with THE NEGATION. Their lyrical conceptual is a call to resistance against the so-called élite who are making this world a living Hell. It’s about a stand for liberty, free speech, and free will! Folks that got the chance to witness THE NEGATION on stage during their recent tour with MARDUK and BELPHEGOR will testify their live performance is as extreme as their lyrical content is dark. You’ve been warned!

THE NEGATION will also take part of the second annual KaotoxinFest on December 5th in Lille (FR). Until further details are announced, get crushed by the official music video for the track “Red Wrath” taken from their debut full-length! Check it out here.

The band released its debut full-length Paths of Obedience (2013), was a conceptual statement about their hate for mankind and its submissive behavior, its total lack of consciousness and the fact it should end it all now. The new album is a scream of hate and anger and a call to resistance. Influenced by the legendary acts they’ve been touring or sharing the stages with (Marduk, Belphegor, Inquisition), as well as by other acts such as Dark Funeral or DeathSpell Omega, THE NEGATION will prove itself a world-class act with their second release. Beware!