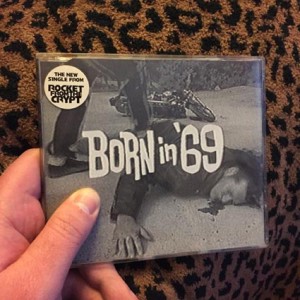 The year is 1995, and 17 year old me had just rushed to Spillers Records in Cardiff to get my mitts on “Born In ’69” – the brand new single from Rocket From The Crypt. “You have got to hear this!” cried VJ Knievil, my now long suffering partner in musical crime, weeks earlier as he played an acquired C60 containing said song in a smoky, pissy-lager drenched box room. No sooner was the CD single in my palms, the free Rocket sticker that accompanied the single had taken pride of place on the rear windscreen of my burgundy C-reg Ford Orion. I was hooked, intrigued and excited, like a million Americans some 4 decades previous on hearing Elvis Presley for the very first time.
But this was just the start. No sooner had I completed a return trip to Cardiff (on school time) for the must-have “Scream, Dracula, Scream!” LP (well, tape for me), a UK tour was announced… and it would take in Newport’s TJs on 18th January 1996, a mere 30 odd miles up the road. VJ and I were going, ably accompanied by a fellow hardened teenage drinker by the name of Aardvark.

Now, I’d heard of TJs. Older local punks, in particular members of Bridgend’s Charlie’s Family Crisis, had spun tales of this somewhat mystical punk rock shangri-la. I was about to pop my TJs cherry on a Cheap Sweaty Fun night, just as the music press were labelling Newport as the “New Seattle.” 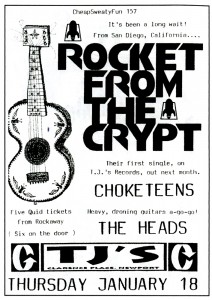 What I was about to experience can only be defined as life changing. 8 cans of lager to the good before even hitting the hollowed turf of Clarence Place in Newport, we ambled in some glorious winter sunshine before being greeted by the grubby, downtrodden rock ‘n’ roll Mecca that was TJs. I must say at this point, I had been to concerts before. At 15, I had witnessed my beloved Manic Street Preachers tear through “The Holy Bible” and more at Cardiff Astoria. What I was about to experience here was to set precedence for a different sense of being at a rock ‘n’ roll show.

Situated precariously upon a flight case near the sound man, I had a killer view of the 200 (or was it 300? 400? Thousands if you believe the internet) rabid punks, all here for both kinds of music – rock AND roll! With a warm squashed can of Colt 45 in one hand and a bent half-lit cigarette in the other, Rocket From The Crypt took to the stage. We got the first 3 tracks from “Scream, Dracula, Scream!” straight off the bat. I was stuck in the middle, born in ’69 and on a rope, all within a frenzied 7-ish minutes that could only be described as a rock ‘n’ roll masterclass. The quiffs, the matching sequinned shirts, the horn section, the Bez-a-like dancing maraca shaker, the crowd interaction, all captivated in a blistering and electric performance.

I don’t recall much detail of the remainder of the RFTC set. I was equally as mesmerised by the bodies bouncing from people’s shoulders up to the (not very far) sweat soaked papier-mâché caved ceiling that adorned TJs. That, coupled with the venue’s owner Mr. John Sicolo acting as a one man security team (or was he an unofficial member of Speedo’s gang?) at the front of the stage. THIS WAS ROCK ‘N’ ROLL! Rock ‘n’ roll on our level, for the people, with a sense of unity and community. As soon as you entered the door via DIY promoter Simon Phillips and his now infamous Cheap Sweaty Fun promotions, this was it! The real fucking deal. 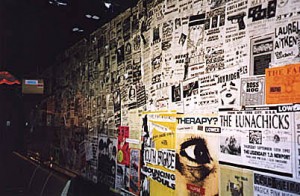 I would up sticks and move to Newport within a matter of months. I needed this in my life and on my doorstep. Whilst I can’t wax lyrical due to age about legendary Cheap Sweaty Fun nights with the likes of Hüsker Dü, I can confirm that in the years that followed 1995 I would witness some of my favourite bands on that TJs stage: Supersuckers, Nashville Pussy, Therapy?, Misfits, 60ft Dolls, Backyard Babies, Turbonegro, The Damned… the list goes on. But it’s not just the bands. The friendships I gained during this time, from mind-bending drug induced hard times to life affirming good times, those friendships still hold true to this day.

So, was it Rocket From The Crypt? Was it Newport? John Sicolo and TJs? Simon Phillips and Cheap Sweaty Fun? Was it the legions of like minded punk rock ‘n’ rollers? Fuck it, they ALL ruined my life! For that, I am eternally grateful. 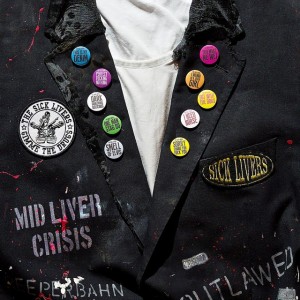 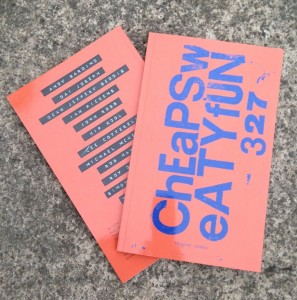