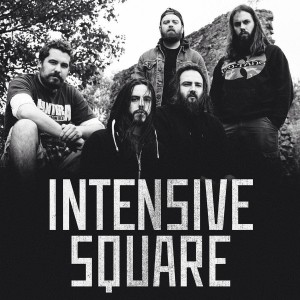 There are always two sides to every story, or so the saying goes. Young Welsh band Intensive Square are a singularity in the world of metal and hardcore, as they are BOTH sides of that story. Best way to understand all of this is to ask a musician who plays guitar and saxophone. Barnes is giving us the ins and outs of the debut ‘Anything That Moves’.

MM:Your music has both that hard-hitting primitive metal core sound, and the intelligent avant-garde metal bits. Doesn’t that make you feel schizophrenic at times?
Barnes: Haha. Not really. We’ve been playing this kind of stuff together for a long time. Occasionally we’ll come up with something that feels weird, but if we like it then we just plough through until it makes sense.

MM: Yet with all songs these extremes seem to work well together. Did that all come naturally? Or was it a painstaking endevour to make it work?
Barnes: It varies, but I’d say most of the time it comes naturally. Some of the songs on the album, we did the whole musical arrangement in just a day each. Others we had to think about a lot. If anything takes a long time, it’s the overall arrangement of a song rather than riffs or sections. A lot of the riffs are based on ideas that were improvised off the cuff and then refined. We mess with stuff all the time, but we’ve honed our writing process to the point that we don’t often need to stray too far from the original idea to get what we want out of it. The lyrics come pretty naturally, but phrasing them in the song is often very time consuming. That’s usually the most painstaking part.

MM: What are your biggest influences in this matter both musically and lyrically? Dillinger Escape Plan came to mind for one, but only for the music, your words seem to venture in a different direction.
Barnes: Dillinger Escape Plan are a great band, but I can’t say that I feel like they’ve influenced our music. We don’t really listen to them. There are bands that definitely have influenced us. Pantera is one of our favourite bands and they’ve definitely had a huge impact on our sound. The same goes for Meshuggah. I’d say that we’ve also been influenced by stuff like Cannibal Corpse, Crowbar, Mr. Bungle, as well as some jazz artists like Eric Dolphy and Ornette Coleman. Lyrically, I take a lot of inspiration from a wide range of films, books, people (individuals and groups of people), even weird dreams I’ve had, amongst other things.

MM: The same can be said about the saxophone, which is also a strange, yet addictive extra. It really adds this, almost apocalyptic, feeling to songs. How did this idea come about?
Barnes: I took it along to practice when we were just starting out. I couldn’t really play, so I just went wild on it. It was a really ugly, nasty sound and we loved it, so we stuck with it.

MM: Who is actually playing the sax? Is this something you’re planning on expanding for records to come? Would you maybe also be interested in incorporating other instruments?
Barnes: That would be me. So far I’ve only used it for improvised solos, but we’re planning to expand it and find some other uses for it in the next batch of songs we write. I want to try experimenting with some effects. I also wanna try warming up some riffs on it too. We’ve got no plans to implement other instruments at the moment, but we wouldn’t be against the idea either. We’re not about to start shredding xylophones though. It would have to be something that we thought fitted our sound.

MM: I just have to ask…. what is the song ‘Gastric Emptying’ about? I personally also had to think on how many just go on spreading vile rumours and insults on social media… like verbal vomit. Is there also a link to that?
Barnes: Whilst I agree that social media has armed every imbecile under the sun with a misplaced sense of entitlement to spout their bullshit in every comment box they encounter, ‘Gastric Emptying’ isn’t really about that. It’s actually about irrepressible carnal urges, and vomit. 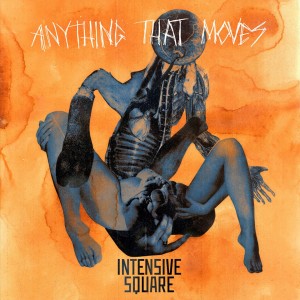 MM: Also a song like ‘Trials Of The Ubermann’ is very interesting. Is that about how men are still calling the shots in society? Is that link of ‘Ubermann’ to the Nazi term ‘Übermensch’ also to give it that little shock effect?
Barnes: That song was inspired by a science fiction film called ‘Tetsuo: The Iron Man’, which I love and would highly recommend. There are no Nazi connotations in the song. Ubermann refers to an enhanced humanoid, not an inherently superior human. And the song is definitely not about “The Patriarchy” or any of that crap, if that’s what you’re hitting at. I don’t buy into any of that.

MM: First video for your album is ‘Vegetarians’… I am not entirely sure if you’re pro or anti vegetarianism. What’s the story behind the video?
Barnes: We’re neither. We just like winding people up. That song criticises vegetarianism from a deliberately obtuse point of view. We don’t have anything against vegetarians (the best curry house in our city is vegetarian). The thing that’s really under attack in the song is the self-righteousness of people who outwardly identify private personal choices, like what they choose to eat, and the smugness that sometimes comes with that kind of choice. Of course, it’s none of our business, and that’s exactly why I chose to write about it. The video is a loosely literal interpretation of the narrative aspects of the lyrics, with the exception of the scene in the woods, which was an idea that came later on.

MM: Is there also a link to the title ‘Anything That Moves’. ‘Eat, anything that moves’….
Barnes: Yes, that’s where the album title comes from. That line is actually a bastardisation of a line by my favourite villain, Frank Booth – played by Dennis Hopper in ‘Blue Velvet’.

MM: Do more generally speaking, your lyrics have a bit of a shock factor to wake people up? I mean that in the sense of brutal honesty, a morbid sense of humour, and just proclaiming the opposite of what you really think, just to add more power to songs? Your music is already quite ‘against the grain’ so it would make sense…
Barnes: I don’t find many things shocking, and when I’m writing lyrics, I’m not deliberately trying to shock people. I’m usually just trying to amuse myself. You’re right about many of the aspects of our lyrics, though. There are elements of humour, and there are often conflicting, deliberately irrational views in there. We don’t actively seek to go against the grain, but if the lyrics rub anyone up the wrong way, so be it. There are worse things in the world.

MM: I do get that feeling from the cover…. it’s artistic, but also a bit shocking when looking more closely. What is it you wanted to tell with that?
Barnes: Tom (bass) did the artwork. We definitely wanted a striking piece of art. We all spoke about it a little, and decided that we wanted something grotesque and sexy. This is what he came up with and we loved it.

MM: The reviews, so far, have been quite promising, so a UK tour is next? And what about the mainland?
Barnes: We’re pleased with the positive response we’ve had so far. We want to go out and play some parts of the UK that we haven’t played yet. We’d also love to play in Europe. Joe and Rich have both been on tour there with Hark and Conan and it seems like they had a wicked time, so we’d love to get over there as soon as possible. 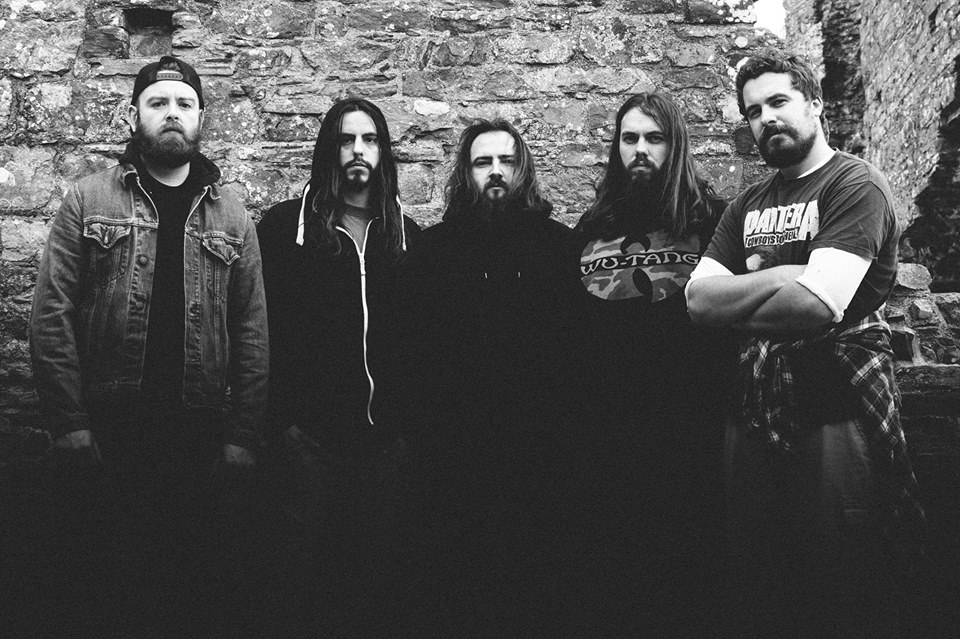