You want Hardcore? You want a groove you can dance to? Do you long for that late eighties and early nineties era NYHC when everything was about locking in that rhythm and just letting go? You do? Then you need to put your faith in Higher Power. Mass Movement caught up with singer Jimmy on the eve of the release of Higher Power’s debut album Soul Structure for a chat about the band, the record and all things Hardcore. And this is what he had to say…

MM: Let’s start where all good stories do, at the beginning… Do you want to give us a brief history of the band? The how, when, where and why you chaps got together and in doing so, created Higher Power…

Jimmy: Higher Power started as an idea between me and my brother Alex (drums) to do a demo just the two of us rocking as brother with the AI to create something in the vein of Leeway/Life of Agony/Merauder groovy NYHC style riffs with the clean vocals over the top to give it some flavour. Loui got roped in on guitar so we could record the demo live with me on bass and Alex on drums and I ended up also doing the vocals because I had written most the music. It just made sense in the end even though I had never done it before. Ethan and Max insisted on joining so we could play a show in our friends basement. The response to the demo was real good and we got offered more shows and have just been rolling with it ever since

MM: What made you want to go with Flatspot Records? Why were they the right label for Higher Power?

Jimmy: We originally had another UK label who wanted to release it but they weren’t really offering anything we couldn’t do ourselves, but Ricky from Flatspot had been keeping up with us since he put us on the Extermination compilation. He seemed really interested and was giving us advice about certain things and just seemed genuinely into what we’re doing. He was the one who actually suggested we should get Arthur to mix the record as he likes to think outside the box as well. After that we knew he wanted us to get the best record we could and we wanted him to release the record. They made the process so easy and like I said just wanted us to put out the best record we could and they’ve helped us out in so many other ways than just putting the LP out, so we definitely made the right decision to go with Flatspot.

MM: Soul Structure… Want to tell us about it? Lyrically what topics and subjects do you pursue in your songs and as such, integral to the album?

Jimmy: Lyrically the album is mainly based on me trying to understand human emotion and what influence the world around me has on why I feel the way I do. Trying to understand that so I can understand myself and find some kind of inner peace and Can’t Relate that’s about the mosh pit and how sick it is. 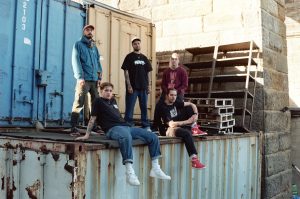 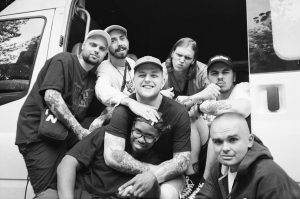 MM: The inevitable influences question… I know some folks have pulled up Life of Agony and Janes Addiction, but to me you guys seem to have more of a kinship with Leeway, Burn, early Shelter (pre Mantra) and Underdog and have a late eighties / early nineties NYHC groove to your sound. That said, who and what influences you musically and as a band and how do you think those influences manifest themselves in your music?

Jimmy: Yeah I would say musically a lot of it is influenced by all those bands and some of the metal bands they were probably listening to as well. We just love that NYHC melting pot style with influences coming in from all over the place, but they key is the groove they had you know the energy that just flows through the whole song.  Like you’re not just waiting for a certain part of the song to dance you can move to the whole thing. As for the vocals a lot of that is influenced by the more rock/grunge side of things I love a lot of rock music especially stuff from the nineties. I think a lot of amazing unique voices came from that era of alt rock and I think the more melodic vibe to the vocals brings a new dynamic to everything so it’s not just straight up angry Hardcore. I’m not writing angry songs, you know I’m trying to reach out and I feel that style of vocal just fits with the songs we’re trying to write so much better.  But we don’t try emulate one specific era of a band or sound we just wanna make music we wanna hear, so there’s so many hidden influences in there I couldn’t name them all.

MM: So how would you describe Higher Power to someone who had never heard your music?

Jimmy: A lot of people have just been saying it’s the hardcore version of Alice in Chains ha,ha.

MM: Nobody is born a punk rocker or a HC Kid… So how did you discover Hardcore and the scene? What initially attracted you to both and what keeps you involved in both?

Jimmy: I grew up listening to all the classic metal and thrash bands through my dad so I was always exposed to alternative music.  I used to watch Kerrang and MTV for the music videos to discover new bands before the internet because I was into the classics, but wanted to discover something current and more relatable. You know Metallica was cool but that was dad music to me ha,ha. I found punk like Rancid and The Offspring and Pennywise and I loved it. It was more my own thing I just kept trying to discover bands and go to local shows. Eventually I came across Minor Threat and Chain of Strength and the lack of drinking and dressing up resonated with me so I started going to more Hardcore punk shows then more just straight up Hardcore shows, discovered current bands, made some friends and just fell in love with it. It was the only way to see live music and meet people and travel that made sense to me and still does. I just love being a part of it and there’s nothing else like it. 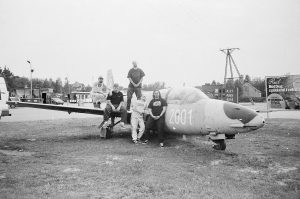 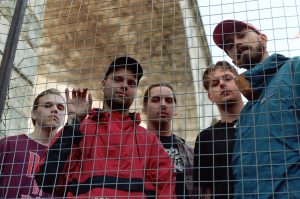 MM: Do you still feel the same way about Hardcore as you did when you first became involved? Or have your feelings about, and toward, it changed over time? If so, how have they changed?

Jimmy: It’s only got better the longer I have been involved. I think with Hardcore you get out what you put in. I just try to treat the people around me how I would want to be treated. The UK Hardcore scene has grown so much in the last few years. I never imagined we could have a scene as thriving as this when I first got involve.  People come and go, but if it’s right for you just do your own thing and enjoy it. That’s the best thing about Hardcore,  you have a whole scene at your disposal that will support you if you wanna start a band or whatever way you choose to express yourself.

MM: And how do you think the HC scene has changed since you first became involved in it? Have those changes, in your opinion, been beneficial or detrimental to the scene? Why?

Jimmy: It’s just grown so much in terms of bands quality and amount and the attendance at shows and people getting involved and doing something they wanna do,  whether it’s put on a festival, release a tape for a band or put on regular local shows, it’s just in a good place right now.

MM: How healthy do you think the UKHC scene is right now? And which other bands that are playing out would you recommend?

Jimmy: There’s so many in Leeds alone and they all sound so different which is the coolest thing. You got The Flex, Big Cheese, Rapture, Hex, Insist Bitter Youth and in London you got Frame of Mind, High Vis and Blind Authority and they’re all sick. 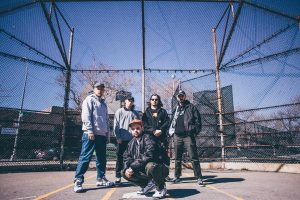 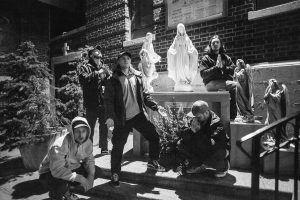 MM: Okay, every band has at least one story to tell… So what’s the craziest thing that has ever happened to Higher Power? At a show, while travelling to play, whatever… Come on, share a tale with us…

Jimmy: I dunno ha,ha. We’ve all got mad stories from other bands we have been in but so far Higher Power has been lucky not to get caught up in anything too mad. We never make money on tour so we’re always stealing food and sometimes we like to treat ourselves or our girlfriends. Ethan got arrested on the ferry home from Europe once for trying to steal a teddy bear for his girlfriend. The ferry staff took it very seriously and wouldn’t let him out of their sight even though we were in the middle of the sea, so it’s not like he could escape. They got the police to arrest him on the boat when we got to the port with this little pink teddy. That was pretty funny.

MM: Do you think that we’ve seen the Golden Age of Hardcore, and if so when was it and what made it special? Or is the best yet to come, and if so why?

Jimmy: I can’t really say I have only ever lived in this era of the last ten years but I’ll always respect and take influence from the people that paved the way before us and gave us the foundations to do what we’re doing now. But right now is pretty fucking sick and I’m just enjoying the ride as long as me and my friends are doing our thing together, it’s the golden era for me.

MM: What’s next for you chaps? And if there’s anything that you’d like to add, speak now or forever hold your peace…

Jimmy: For us, now the album is out it’s time to tour as much as we can and we can’t wait to get out and play. I would like to add that Fury Paramount is just as good as Defiantly Maybe. 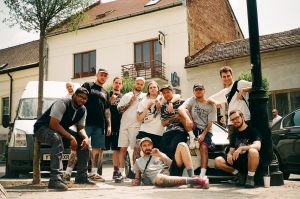 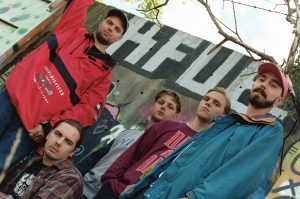