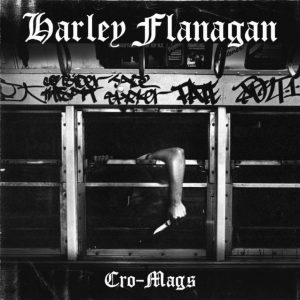 Saying that Harley has a chip on his shoulder might be the understatement of the year. His “age of quarrel” with John Joseph must be one of the most public and longest falling outs you’re likely to see in the hardcore scene and I’ll be honest, it doesn’t really interest me. As far as I can tell some of the lyrics (Webster Hall and Guilty Until Proven Innocent) set out to tell Harley’s side of the story. So looking beyond the lyrics what do we have here?  Well as the title suggests, Harley is determined to keep alive the musical legend that he was instrumental in creating. The influence of Age Of Quarrel and to a lesser extent Best Wishes are the blueprints for this record, and decades on, this fresh album proves just how timeless and relevant those recordings still are. Harley’s vocals are deeper than before, but instantly recognisable as he barks his tough message over a pure hardcore soundtrack. This is the sound that, alongside Discharge maybe, fused the metal energy of Motorhead with punk rock and I have to say, Harley once again proves himself a force to be reckoned with. This is a more stripped down back-to-basics approach than Harley’s War was, but like a hammer blow to the head, it knocks your senses dead. Welcome back Harley! Tom Chapman