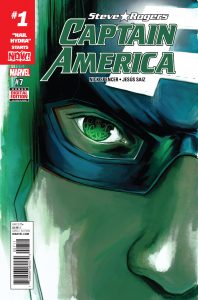 The next chapter in the sensational saga of Captain America begins here! Today, Marvel is pleased to present your first look at CAPTAIN AMERICA: STEVE ROGERS #7 – the first installment in the next exciting story arc “Hail Hydra”! Blockbuster creators Nick Spencer and Jesus Saiz re-unite once more as Hydra’s tentacles slowly tighten around the Marvel Universe! 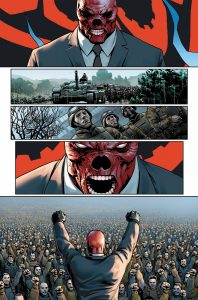 Civil War II may have ended, but Steve Rogers and his machinations are just beginning! S.H.I.E.L.D is coming apart at the seams as the Red Skull marches across Europe, with an army at his back. Steve Rogers can only smile – everything is going according to plan. Be there for the start of a new jumping on point as Hydra comes to Marvel NOW! in CAPTAIN AMERICA: STEVE ROGERS #7 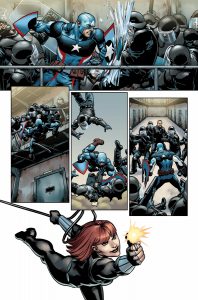 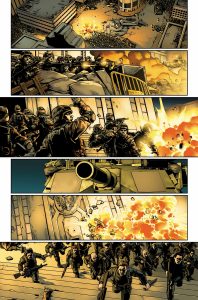