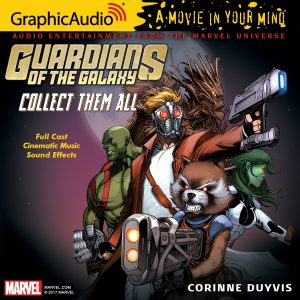 As a species we’re pre-programmed to identify with, and root for the underdog. Sure, the majority of us are obsessed with celebrity, fame and wealth and spend an inordinate amount of time pouring over the minutia of the lifestyles of the rich and shameless, but at the end of the day, if it came down to a knock-down, drag out, bare knuckle confrontation between some nameless chap from some place none of us had ever heard of and one of the glitzy Hollywood A listers, then almost all of us would be cheering on Mr. Nobody.  Because when push comes to shove, he’s each and every single one of us. He’s the guy we’d identify with, not the pampered isn’t-my-life-grand spoiled famous chap, as he’s just like the rest of us and is the scrappy epitome of improbability who is invariably destined to live out his days fighting against innumerable odds for everything he’s got and everything that’s important to him. And that’s almost certainly the reason why so many of us took to the Guardians of the Galaxy and instantly fell head over heels for them. They’re the perpetual misfits and permanent outsiders who defy the system, raise their collective middle fingers to authority and still do the right thing, in their own crazy way, galactic day in and galactic day out.  Just like The Dirty Dozen and The A-Team before them, we can instantly relate to the Guardians more than any other superhero team, as even though they’re ripped, lean, mean fighting machines, unlike their contemporaries, they’re not perfect. They’re broken, maladjusted and out of step with the Universe around them, and there’s something incredibly human and strangely normal about that because that’s exactly how most of us would describe ourselves and our lives.  And in Collect Them All, they become embroiled in all sorts of major cosmic problems, from raiding fighting pits to preventing two species going to war after discovering that the Collector (you know, that guy who’s almost as old as time itself) has developed a particularly creepy and incredibly nasty way of adding them to his “collection”.

Reasoning that if he can’t have them, he’ll just make them, the Collector’s scheme is only rumbled in the aftermath of Groot becoming increasingly listless and slow. Stumbling across his nefarious plan and finding out that one of the Collector’s former “assistants” has been growing, and is now selling illicit Groots, all of whom are tapping into and essentially stealing the original Groot’s life energy, in a rare moment of dealing with the devil, the Guardians agree to help the Collector track down his former employee (and all of the other Groots) in exchange for his specimens and a promise that no more Flora Colossi will be grown. However, as with all things involving the Collector not everything is what it seems to be or exactly as he told them it was and is, and before you can say “Fin Fang Foom”, they find themselves on the run, fleeing the Collector and trying to find every last Groot out there while avoiding dying in numerous terrifying and incredibly violent ways. It’s business as usual and par for the course for Quill and company, and thanks to Scott McCormick’s frantic, and immensely enjoyable adaptation of Corinne Duyvis’ novel, it also a whole lot of fun to listen to. Snappy, fast, riddled with humour, action and some truly wonderful performances ( exemplified by Eric Singdhalsen’s deadpan turn as Drax, Eric Messner’s lone antihero take on Rocket, Michel Glenn’s roguish Starlord,  Nora Achrati providing a voice of semi-reason and semi-psychotic retribution as Gamorra and the aforementioned McCormick who really makes you believe that three simple words are all that a language need to successfully function) Collect Them All captures the absolute essence of the most misplaced bunch of “heroes” in the Universe and wraps it all up in a comprehensively and intensely enjoyable drama.  Go Guardians, go*! Tim Cundle

*The Avengers have got assemble all wrapped up and I figured that the Guardians needed something similar. Yes, I know it’s not great, but it does have a certain zing to it doesn’t it?