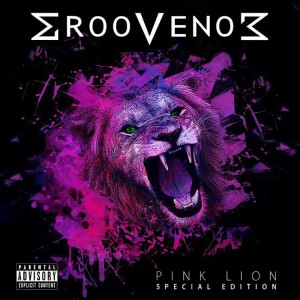 At some point in time metal(core) and hard-hitting dance were opposites in a the universe of music. All things are, however, constantly in a state of flux, so both genres were bound to converge at some point. Various, very diverse acts, ranging from The Browning to Enter Shikari and Fear Factory emerged and Groovenom share some common ground with these bands. Mostly it’s crushing metalcore with a techno undercurrent, but at certain points, when the clean-sung parts kick in, old Enter Shikari lies just around the corner. I do love the fact this band doesn’t take things too seriously, which is most obviously portrayed by ‘Traitors to the Scene’, which is also included in a so-called ‘Candlelight-edit’, showing, yet again, another side of this young German band. Anything and everything goes with this band, which is both their strong-point and their downfall. Balance is needed in music and life, and sometimes, just sometimes,it’s missing on ‘Pink Lion’… Martijn Welzen