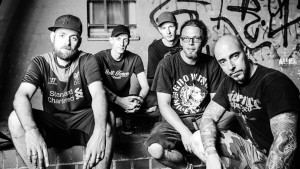 Expect some powerful European Hardcore not unlike Rykers, Coldside, Madball and the likes!

Check out No Morality on Bandcamp

After many shows and festival appearances with bands like Madball, Nasty, No Turning Back, Born From Pain, Desolated, Malevolence and many more, the time has come to release the first full-length record called “Building The Beast”, which will be released in Spring 2016!

World Negation is a Hardcore band from the Southwest of Germany, influenced by present heavy hardcore bands as well as 90’s NYHC.
Formed in May 2013, the band refined its style rapidly and brought us their self-titled 4-song EP in September ´13.
No fuss, no frills, no hype, just relentless Hardcore defined by self-esteem and human conflict.
Being in bands of different styles for years, the members of World Negation formed an aural spirit in a unique sound – standing strong against the high tide of adaption and suppression.

The first full length “Imbalance” will be released in Spring 2016!