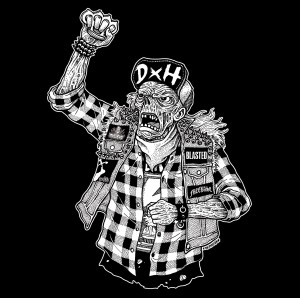 We’re proud to announce the return of two of the first bands we released on Dry Heave back in 2012, UKHC heavyweights FREEBASE and hardcore rock n’rollers BLASTED plus two new names, QUIET MAN & TEEF, who collectively appear with all new songs on a killer 15 track split containing the four bands out on 1st Dec as a limited 12″ black/white swirl vinyl.

You can preview a song by each band HERE… 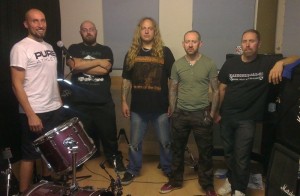 FREEBASE (feat. members of Stampin’ Ground & Assert) return after their 2012 reformation EP ‘From The Basement’ & Download festival appearance with 3 new tracks produced by Russ Russell (Napalm Death, At The Gates). These songs see the band increase the speed and ferocity of their trademark metallic hardcore.FFO : Knuckledust, Hatebreed.
www.facebook.com/freebaseukhc 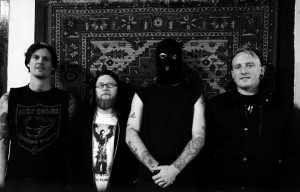 The mysterious QUIET MAN (feat. members of Crazy Arm & Woahnows) hail from Plymouth and unleash a debut of their self styled ‘bleak wave’. With a raging D Beat crust inspired sound that is also melodic, technical and always brutal as hell. FFO ; Tragedy, Martyrdod.
www.facebook.com/quietmanmusic 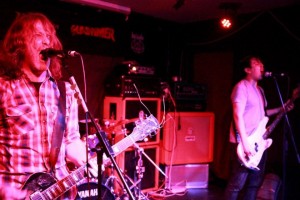 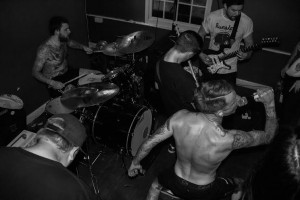 Brighton’s TEEF (feat. members of War Wolf) have been causing mayhem across the South East for the past year with their chaotic, raging hardcore tinged with powerviolence & blast beat. These four short, sharp, blasts of incendiary hardcore are the bands debut tracks. FFO : Coke Bust, Punch.
www.facebook.com/teefhc 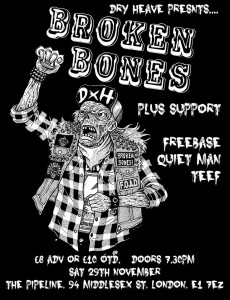 To celebrate the release of the Four Way Split we have a special double launch bash, headlined by UK hardcore legends BROKEN BONES who will also be releasing their new EP. Three bands from the split will be playing, FREEBASE, TEEF & QUIET MAN who’ll be playing their debut show!

The gig will be at The Pipeline on Sat 29th Nov & advance tickets are available here for £8 now!

This show is going to be a banger, don’t miss out!

AND if that wasn’t enough, we’ll also have a stall at this Christmas’ Independent Label Market which is being held at Spitalfields Market on 29th Nov during the day too! If you like vinyl, free stuff & beer (there’s a beer festival too!) why not come along and make a day of it. We’re going to have a huge record distro and with any luck the first stock of the Four Way Split.