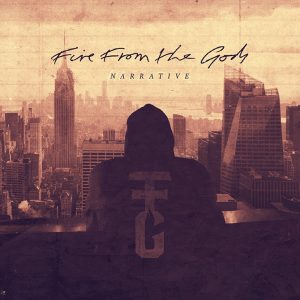 As I have listened to the new album from Fire From the Gods I can’t help but think, this is what Sevendust could sound like if they weren’t writing albums for the mainstream radio audience. Narrative gives us finely tuned angst in the form of some of the hardest rock in existence. While the band is billed as rap metal I say they’re far much more. While a rap style vocal is part of the equation AJ also growls and sings with the best of them. What I’m trying to say is this album, while very heavy most of the time, is very dynamic and refuses to be pigeonholed by some stupid genre title. Fire From the Gods sounds like a band on the verge of true and lasting success. Jim Dodge