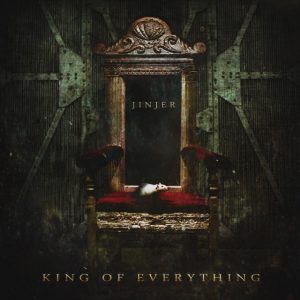 When I say I’ve recently discovered a female-fronted metal band from the Ukraine you may worry that I’ve lost my mind. You might think that there’s no way a band from the former Soviet Union is anything but a novelty. Well, you’re wrong. Jinjer is fucking awesome. They can go from beautiful melodies to bone-crushingly heavy in an instant and do so like there’s no tomorrow. Don’t make the mistake of dumping them in the “girl band” category, this is no pop rock monstrosity, this is a heavy metal band whose vocalist happens to be female. Actually, this is a monstrously talented heavy metal band whose vocalist happens to be female. I don’t know who this King of Everything is but I hope he commands Jinjer to tour stateside before I’m too deaf to enjoy the live show. Jim Dodge