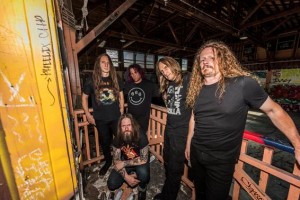 Bay Area thrash metal provocateurs EXODUS have announced a trio of headline shows in the UK this summer. The band will perform two nights at the Underworld in Camden, London and an additional show the following day at the Academy 3 in Manchester.

Order your copy of ‘Blood In, Blood Out’ here.