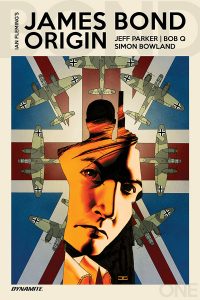 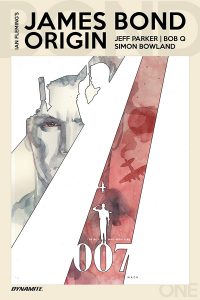 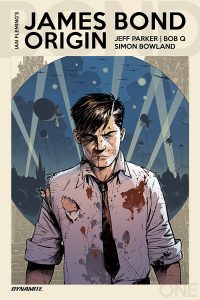 Hitting stands in September, James Bond Origin takes readers back to March 1941. Seventeen-year-old James Bond is a restless student in Scotland, an orphan, eager to strike out and make his mark on the world. But a visit by an old family friend coincides with The Clydebank Blitz, the most devastating German attack on Scotland during the War! James will fight through hell to survive, coming out the other side determined to make a difference.

“It’s a weighty challenge to reverse-engineer this icon into a young man on a life’s journey of danger, but Nate Cosby paired me up with Bob Q, who not only brings the gravitas of war in 1941 Europe but nails the promising hero in his youth,” stated writer Jeff Parker.  “James doesn’t have the vast experience of a double-O agent yet, but he’s tenacious and a lightning-quick study. Bob and I work to show the full force of Bond’s spirit.” 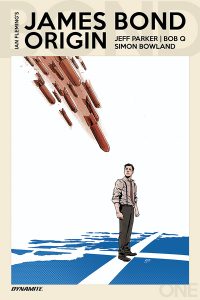 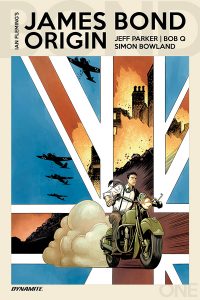 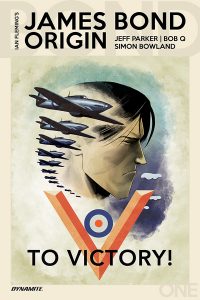 In 2014, Dynamite Entertainment made headlines across the comics industry and beyond with the news that the New Jersey publisher had secured the license from Ian Fleming Publications Ltd to produce the first James Bond comics in 20 years. The first series, Vargr, written by Transmetropolitan writer Warren Ellis and artist Jason Masters, launched the following year to widespread critical acclaim and was a breakout success in the comics specialty market.

“James Bond has consistently been one of our strongest brands, both in talent and in history,” said Nick Barrucci, Dynamite CEO and Publisher. “It’s all been a culmination to get to tell this story in comics.”