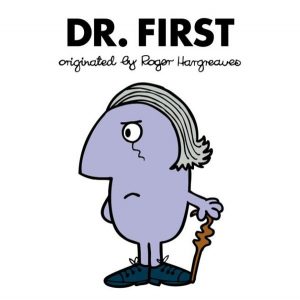 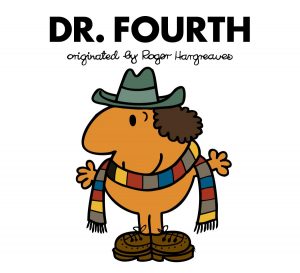 Unlike most of fandom, which prefers to keep its characters and franchises locked in their specific Universes and mythology, I am a rabid enthusiast of crossover events and firmly believe that mash-ups and throwing wildly opposing canon into a big old cauldron, adding a little imaginative magic and seeing what comes out at the end is always, at the very least, fun.  And, being a child of the seventies, what could be more fun for me, than the Doctor becoming a fixture of Mr Men lore? Believe me, if you remember Spangles, Texan Bars, Raleigh Choppers and John Noakes being tortured in the name of tea time televisual entertainment, then the answer to that question is none. None more fun that’s how much fun they are. They are the height of quick read, nostalgic entertainment designed to transport the reader back to a far more innocent and simple period and they achieve their objective admirably. Oh and children will almost certainly love them as well. 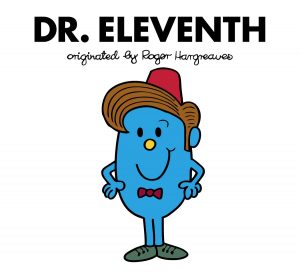 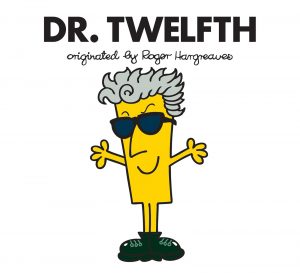 As expected, because after all Mr Men books aren’t exactly designed for a hard Science Fiction audience and don’t incorporate cutting edge theorem into their plots, the stories are light hearted and incredibly straight forward. Dr. First encounters Cybermen and Hippies (the latter of which is, incidentally, incredibly funny) in sixties London, Dr. Fourth and Sarah Jane escape the Daleks in a tale which answers the age old conundrum about what would happen if the Doctor encountered a really rubbish Dalek, while Dr. Eleventh and River Song run a gauntlet of monsters and enemies so that the Doctor can find one of his prized possessions that he’d lost on a previous adventure before finally, Dr. Twelfth becomes entangled in a frantic dash through time, chasing after Missy to stop her latest world ending scheme. As I said the stories aren’t going to win a Hugo award, but they’re light, breezy and funny, and Adam Hargreaves perfectly captures the essence and embodiment of each Doctor in his Mr Men caricatures and snappy prose. Wonderfully good fun for Whovians of all shapes and sizes… Tim Cundle