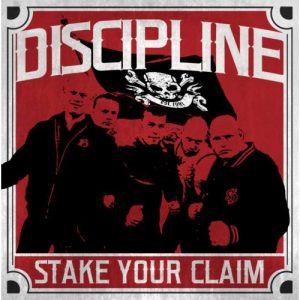 Possibly one of the most highly anticipated streetpunk records for some years. After taking a couple of years of coming back from the grave, a revamped Discipline line-up has released their new album, eleven years after their last record. Whilst “Downfall of the Working Man” was about as polished as you would expect a Discipline record to be, this release has something of a back to the roots feel. New vocalist Merijn (ex- Banner Of Thugs) has a rough raw edge and overall there is an extra urgency to the songs this time around, at times reminding me of classic Bruisers, which was more of an influence on these guys in the earlier days. But make no mistake; this is immediately recognisable as Discipline, with those trademark lead guitar melodies on songs such as “We Can’t Be Beaten” and “The World’s To Blame” announcing this Eindhoven hooligan mob’s return to the world stage. A cover of the Generation X anthem “Your Generation” is full of fire and completes the album nicely. It’s as if they were never away, but it’s still a warm welcome back Discipline. Tom Chapman