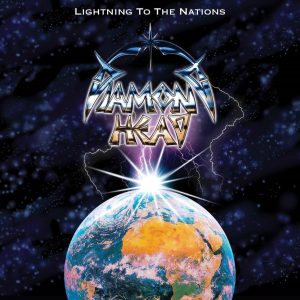 If you own the original press of this album, the one that came in a white jacket with just a band signature to identify it, you’re sitting on a highly collectable rarity. Diamond Head were always over shadowed back in the day, but they are a band everyone should check out regardless of your preferred musical genre. This cracking seven-song debut contains no less than four songs covered by Metallica during their early days, which the Bay Area titans chose mainly because the Stourbridge NWOBHM luminaries were both original and unique. Sean Harris’s vocals lend a cutting edge to the metal riffing of Brian Tatler, and the songs themselves forge a special place in worldwide heavy metal playlists. Ten years ago this album would have sounded dated, but these days, it’s a sound that many bands, and fans alike, crave. The second disc includes all of the rare single and EP tracks from Diamond Head’s pre’82 era which adds an extra sense of value, musically and for metal completists. As does sixteen-page booklet that’s included in the digi-pack. Diamond Head shouldn’t be listened to just because another band covered their songs, they should be enjoyed for their own creativity and their incredible songs that helped pave the metal road for the bands that followed in their wake. Mark Freebase