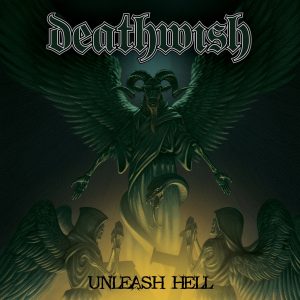 I have, during the four and some change decades I’ve spent on Earth, been told on numerous occasions that there’s a special place in Hades reserved just for me and that I’ll burn there for all eternity. That’s just fine by me, as I like it hot, and when I eventually make my way to my prime time thrice damned real estate, I’ll be listening to Deathwish cranked all the way up to eleven. Saying that I’ve got a soft spot for this raging powerhouse of musical violence would be an understatement of the same magnitude as say, someone trying to convince the world that Theresa May actually has a soul. Nestling somewhere in the middle ground between D-Beat, Crossover, Rock’n’Roll and old school Hardcore, Deathwish sound like the abandoned bastard offspring of Motorhead and Discharge that was adopted and raised by the Circle Jerks and the MC5, and Unleash Hell is, without a doubt, their finest moment to date. Cry Havoc, let slip Deathwish and Unleash Hell… Tim Cundle