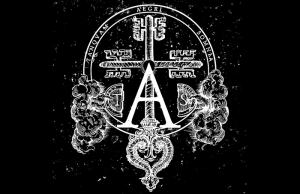 Belgian label TANQUAM AEGRI SOMNIA is now officially a sub-label of KAOTOXIN, bringing more impressive, dark, intense and heavy artists to the kaosphere, including CULT OF ERINYES, MERDA MUNDI, YHDARL or ZIFIR. KAOTOXIN will be the exclusive worldwide distributor or TANQUAM AEGRI SOMNIA and will also be in charge of the new sub-label’s marketing and promotion.

Most of the TANQUAM AEGRI SOMNIA back catalogue consists of now sold out or nearly sold out extremely limited cassette tape or vinyl releases (they are the ones who brought DEHUMAN‘s Black Throne of all Creation to wax). But the label has exciting plans for the near future and two monster releases that KAOTOXIN will bring to quality records store near you: the masterpiece of a full-length, VI (Khaos) by Bulgaria’s MERDA MUNDI (a project by Déhà of WE ALL DIE (laughing), C.O.A.G., YHDARL…) and the painful and hermetic split between Belgium’s CULT OF ERINYES and Turkey’s ZIFIR. Both are already available at both the Kaotoxin Shop on CD or Digital.

To celebrate the deal, TANQUAM AEGRI SOMNIA teamed with MERDA MUNDI to bring you a brand new FREE digital EP, Ilwcas, which features a song from VI (Khaos) and a previously unreleased Anaal Nathrakh cover version. Grab it at the Kaotoxin Shop here!

MERDA MUNDI‘s VI (Khaos) will be released on July 7th in North America and July 6th everywhere else. You can get all details about it as well as a full stream of the album here!