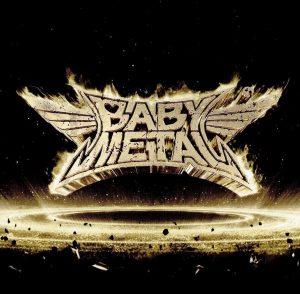 Babymetal is a strange mix of genres which makes sense since they are a metal band from Japan that is fronted by three pre-adolescent girls. Perhaps the best description I can give the band is J Pop/speed metal. I haven’t heard any of their previous released but on Metal Resistance they even have some dubstep influences, most obvious on track seven ‘From Dusk Till Dawn.’ While I’m no fan of Japanese pop music usually, I love the mix of styles this band uses and Metal Resistance is one of my favorite albums of 2016 so far. There’s so much energy, so much great musicianship… It surprised me that I liked their music but there it is, big, old metalhead Jim Dodge is a fan of Babymetal. Maybe since Rob Zombie endorses them I’m not such a weirdo after all. Anyway, if this review makes Babymetal sound at all interesting be sure to check them out. They’re all over the internet and their YouTube channel is easily accessible. Jim Dodge