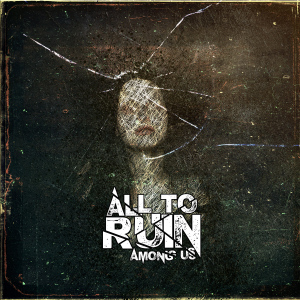 All To Ruin – Among Us (SaN PR)
‘Among Us’ really is a guilty pleasure for me. As a style that does not get taken very seriously by the old school metal heads, who think metal died in the early 90s, it does satisfy the needs for catchy, modern metal with a pop-like undertone. Think about Avenged Sevenfold, August Burns Red or to a lesser extend Trivium and you’ll catch my drift. One cannot criticize All To Ruin’s hard work and song­writing capabilities. It’s just of a totally different generation of what we, children of the 80s, grew up on. Still I feel young at heart enough to admit I have been playing all five songs endlessly and am singing along to every word. It’s just that catchy, and well, good! Martijn Welzen