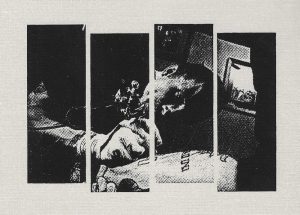 Barred For Life is a photo documentary cataloging the legacy of American Punk Rock pioneers Black Flag, through stories, interviews, and photographs of diehard fans who wear their iconic logo, The Bars, conspicuously tattooed upon their skin. Author Stewart Dean Ebersole provides a personal narrative describing what made the existence of Punk Rock such an important facet in his and many other people’s lives, and the role that Black Flag’s actions and music played in soundtracking the upsand-downs of living as self-imposed cultural outsiders. FREE SHIPPING!   Only 25 copies available…  PRE-ORDER NOW! For more images, info, etc, or click to ORDER NOW 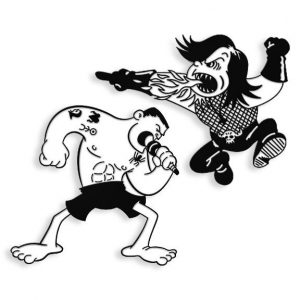 Henry & Glenn Enamel Pins! Everyone’s favorite graphic novel of the greatest love story ever told detailing the domestic life of “Henry” and “Glenn” has been transformed in four different enamel pins. Also, take advantage of the ultimate COMBO PACK and get all four enamel pins, the 256-page graphic novel “Henry & Glenn Forever & Ever,” and a six sticker set for one low price!  ALL ITEMS ARE AVAILABLE NOW 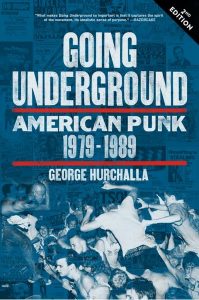 GOING UNDERGROUND:  American Punk 1979-1989 The product of decades of work and multiple self-published editions, Going Underground, written by 1980s scene veteran George Hurchalla, is the most comprehensive look yet at America’s nationwide underground punk scene. Despite the mainstream press declarations that “punk died with Sid Vicious” or that “punk was reborn with Nirvana,” author Hurchalla followed the DIY spirit of punk underground, where it not only survived but thrived nationally as a self-sustaining grassroots movement rooted in seedy clubs, rented fire halls, Xeroxed zines, and indie record shops. ORDER NOW 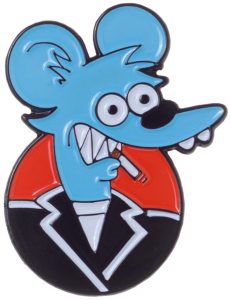 Even More Punk Rock Enamel Pins! In a recent article,  VICE said “A new collectable trend is becoming a cultural obsession. Wearable, tradable, and exceptionally cheap to produce, custom enamel pins are bringing individual flair to hats, jackets and lapels around the world, and giving artists the chance to make their work into an affordable and collectable commodity.” We’ve decided to offer a bunch of enamel pins that fit our AGGRO mentality… and there are lots to choose from! Go ahead and tell the whole world how you feel SEE THEM ALL