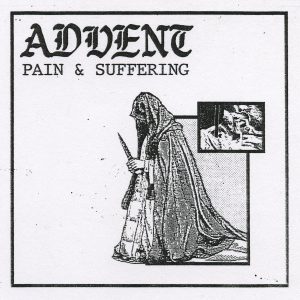 Advent know you. They know me. They know each and every one of us. They know the rage, frustration and pain that the commute to, and endlessly repetetive days spent at, work infects each of us with. They know the anger caused by political spin, mass media brainwashing and modern life. And like a twenty first century sin eater, they take all of the worlds ills, consume them and use them to fuel their blistering, sledgehammer Hardcore attack, and in doing so have created a soundtrack for each and every single one of us to slam away our feelings of disillusionment, inadequacy, self-loathing and hatred.  Advents furious Integrity, Blacklisted, Ringworm and (early) Earth Crisis infused Hardcore is therapy for the malcontent, the disenfranchised and ostracized. And it’s a whole lot cheaper, and tons more fun, than any head shrinker… Tim Cundle