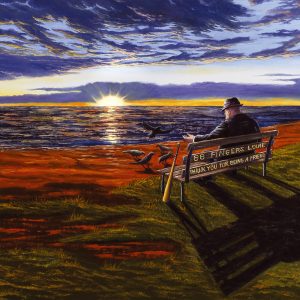 It’s been a while huh fella’s? In fact it’s been something like two decades since the last time we were graced by a new 88 Fingers Louie record. And that means it’s been far too long. Far, far too long. Listening to Thank You though, you’d never know that these guys had been on extended hiatus, because as soon as opening song Meds kicks things off it’s almost like they’ve pre-programmed the controls of the punk time machine to send everything and everyone in the scene back to the melody core and pop punk heyday of the mid-nineties.  Walking the middle ground between No Use For A Name and Pennywise, 88 Fingers Louie’s particular brand of hook laden, metal heavy punk rock has more than stood the test of time and Thank You proves that they haven’t lost any of their incredible song writing prowess or energy and from start to finish, it’s just one big sing-a-long punk rock extravaganza.  It’s true you know. The old bands really do have all the best tunes…  Tim Cundle