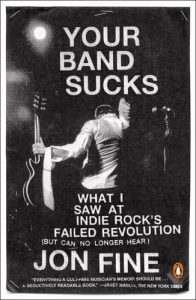 Way back in the mists of time, it must have been around 1990 or so, I picked up a record called Ben Hur by a band called Bitch Magnet, mostly because I liked the band’s name and mainly because it was filed away in the “Punk” section of a long dead record shop. See, even though my musical narcotics of choice at the time were the entire recorded output of Revelation Records, Bad Religion, early eighties American Hardcore, NYHC and xSxEx HC, if something was punk rock and it looked cool, then the chances were I’d pick it up and give it a spin. Because at the time, if something was punk rock, then to me it was automatically cool. It had already leapt over the first hurdle and by hook or by crook and no matter how long it took or how many times I had to listen to it I was going to get into it. Why? Because it was punk rock, that’s why.  I know that seems like a lame answer, it probably is. But, believe me, the only way you’d really understand what I was talking about, or could know the driving impulse that made you buy records that were released by bands you’d never heard of on obscure labels that no-one else knew about, was if you were there at the time and you went to shows, bought zines, bought records and were part of the scene. The only way you could possibly understand what it was like and the only way you could know what I’m talking about would be if, for a large chunk of your life, punk rock was all you talked, and thought about, morning, noon and night and you’d spent most of your waking hours trading singles and tapes with, and writing letters about punk rock to, people all over the world. Jon Fine would understand. He’d know exactly what I was talking about, he’d hone in on it straight away. Because he was there and for him, like me and thousands of others, punk rock was his life. And because he also happened to play in a band called Bitch Magnet.

Your Band Sucks is the story of Jon’s life in punk rock. How he first became entranced by it, how he became hooked on it and how it went on to dominate and become the most important and singular motivating force in his life. It made him realise that he could be in a band, he could make music, he could play shows, he could release records and he could tour the world and meet like-minded souls, an independent musical network of brothers and sisters all dedicated to exactly the same cause as he was. Punk rock. This is the story of Jon’s bands and it’s the story of his most important creative outlet, Bitch Magnet who faded away before their time and then more than twenty years after they first split, were given another chance to do it all over again, one last time. It’s the story of scene that’s never known exactly what it is, or what it should be and how it, and the people in it, evolved and changed, little realising that the more they both did so, the more they stayed the same. It’s Jon’s story of how he found his place in the world, and how his place, and who he was and is, changed as the surly, know-it-all punk rock obsessive determined to live by the unwritten code of the DIY underground gradually learned how to have fun without having to let go of his lifelong friend, companion and addiction, punk rock.

It’s a beautifully written and incredibly realised tale of a life well lived, of a life spent not caring about making it “big” as musician, because that wasn’t what playing punk rock was about. It was about being heard, losing yourself completely in music and then through it, discovering who you really were and what made you tick. And it was about knowing that others felt the same way as you did. It was about finding people that cared about your music. That was what it was about. It’s about finding the desperately needed closure for his most beloved of bands, about being to finally let go and in all the chaos, confusion and white noise, finally finding some peace of mind. It’s an instantly engaging book, and thanks to his enticing, self-deprecating, straight talking, intimate, immediate and involving prose Fine is able to share with his audience exactly what it was like, whether you were there or not.  While the subject matter might not appeal to a mainstream audience, just like the music he made, you get the feeling that Fine doesn’t care if it does and that what he really wants is for Your Band Sucks to make a connection with the people who were there and the people who cared about, and still give a crap about, music. Which is exactly what it does, hitting you like the lightning that arcs from an unearthed mike stand, delivering ten thousand volts of raw emotion and memory in an undiluted hit that drags you back to a time when everyone involved thought that the scene could, and would, conquer the world.  Viva la revolucion… Tim Cundle