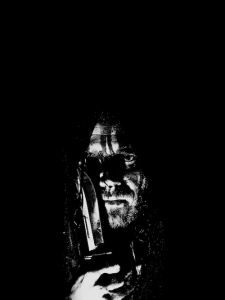 YAITW (Young and in the Way) are a blackened metal/crust hybrid from the shadows of North Carolina. Over the last four years, the band has evolved through multiple releases from vicious monster to multi-headed beast, with each offering melding a vicious metal speed and hypnotic atmospherics with a bleak hardcore/punk spirit. Their critically-acclaimed Deathwish debut, When Life Comes To Death, was released last May and was named one of Decibel Magazine’s top 40 albums of 2014, saying: “You’d be hard-pressed finding a more visceral, punishing and awesomely unpleasant album this year.”

Now, YAITW are scheduled for a jaunt along the South and East Coast U.S. supporting the Metal Sucks-sponsored tour with Taake (Norway) and Wolvhammer on select dates, bookended by additional appearances in Nashville and NYC. Prior to their U.S. shows, YAITW will be in the UK and Europe on the Deathwish Fest tour, featuring Converge, Trap Them and Harm’s Way – check out the routing below.