If there’s one band that’s a law unto themselves, it’s the X-Rays. Legends is a term used too regularly, but where garage punk is concerned in the UK, then the cap more than fits. Mass Movement’s Ginge Knievil caught up with Rickenbacker bass slinger Coop. Buckle up!

MM: Hey, Coop. For garage punks who’ve been living under a rock, in five words, describe the X-Rays.

MM: Who’s in the current fold?

Coop: We’ve had a few drummers, but the stickman now is Skintight Tim [ex Hip Priests], who many people will know. Right from the start it has always been me, Gary X-Ray [vocals] and G. Man [guitar] who joined us after 4 months – the fool!

MM: Would it be fair to say that the UK wasn’t ready for garage rock ‘n’ roll during the 90s when you kicked off. I mean, there’s a fair few underground bands thriving on the genre at the moment.

Coop: It would be very fair to say that garage punk was not known over here. In 1995 I flew 3000 miles and drove another 3000 miles to give our demo tape to Blake Wright of Empty Records. That is a whole other story!

MM: You’ve got to play with all the greats from Rocket From The Crypt to New Bomb Turks. What’s been your favourite gig or standout tour? Providing you can remember of course!

Coop: The stand out tour, hands down, was our trip to the States in ’96. We flew to Seattle and got put up at Empty Records’ HQ. The tour was with The Fumes and the fucking Motards. Man, what a blast we had. Yep… drugs, guns and fucking in the streets. Each gig was memorable!

MM: And didn’t John Peel champion one of your singles way back when?

Coop: Yeah, he did. What a guy! He played it twice on his show.

MM: Now, I’ve been drinking with you in Nottingham and London a few times. You may be the reason I’m now sober! How many pints does it actually take for you to get fucking pissed?

Coop: Aww, come on, man. How long is a piece of string? Hit me with a proper question!

MM: Okay then… your fellow townsmen The Hip Priests declare Britain to be “Shit Island.” Is that a sentiment you share?

MM: I spied that you and Gaz are DJ-ing at Rough Trade in Nottingham with Neville Staple headlining the 40th year of Rock Against Racism bash. What can people expect to hear?

Coop: I was at the original march 40 years ago. You can expect old school punk rock and old school dub. In Nottingham in ’77, there was Sandpipers [punk club] round the corner from Ab Lib [reggae club]. Everyone was frequent visitors to both. It was a great atmosphere; no bother. We went there for the smoke and they came to ours for the speed! [laughs]

MM: Can we expect to see the X-Rays on the road any time soon?

Coop: Next year is the 25th anniversary of our band so let us see who wants to see us and where!

MM: Thanks for chatting, Coop. The final words on this Mass Movement feature are all yours. GO! 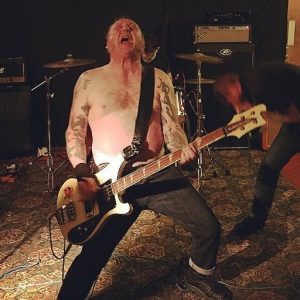 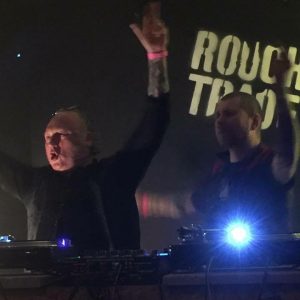