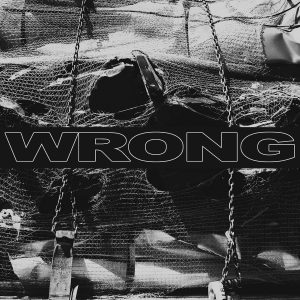 Well it’s been a while since I heard riffs like these. Not since the demise of South Wales finest Taint in fact, but bringing them back in style are Miami quartet Wrong. Formed from the ashes of hardcore/noise outfit Capsule and featuring former Kylesa sticksman Eric Hernandez on guitar/vocals, Wrong are fully intent on bringing that 90’s noise rock sound kicking and screaming into 2016.

After impressing on their North American tour with (now) label mates Torche last year, Wrong are releasing their 11 track self titled debut album on their new home at Relapse Records. Carrying on the 90’s vibe the front cover’s stark photography and basic logo provide an insight into what expect. Opening track “More Like” is a lurching track which slowly dies out to the sound of Big Black style discordant noise and pretty much sets the tone for the rest of the record. “Turn in”, is very nearly a straight up punk track until it brings in more of that groove, reminding me of Unsane at their best. It’s from track 4 that that the band really hit their flow. Track after track of heavy riffing and dissonant melodies. There’s some fine staccato riffing on “Hum Drum”, that Page Hamilton himself would have been proud to have written. This could also be said for the album’s penultimate track “Wrong.” Indeed the Helmet comparisons are right on the money. Although there are multiple influences at play here, the similarities are there for all to hear- but this isn’t a bad thing. Hell, even Hernandez’s vocals sound like a mix between Page and Buzz Osborne. Rather than soothe our aching heads, for the final track, Wrong choose to bludgeon us right to the bitter end with “High Chair”, and while it’s a slightly slower grungier track, they retain that heaviness that prevails throughout the album.

Wrong have clearly focused on writing big riffs and putting them front and centre for this impressive debut and the result is an absolute success. Any fans of the early 90’s noise rock bands, will lap this up. Some of those bands are still knocking about and  putting out sub-standard crap to pay the bills. Perhaps Wrong will remind them that there’s a right way to do it….… Chris Andrews