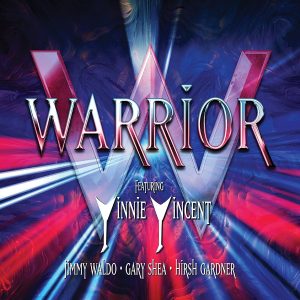 Fans of KISS and anyone who relished the era of all things anthemic and 80s will lap this disc up. The six studio recordings are the gems here; this was to be the future sound of the potent Vinnie Vincent Invasion with a couple of the tracks making up their debut release. Euphoric, screaming guitars, and huge choruses paved the way to put WARRIOR on the path great things, but it just didn’t happen as Vinnie Vincent was asked to join KISS. Embracing the resonance of the mighty 80s and piecing together four respected hard rock musicians saw the likes of Boys Gonna Rock and Back on the Street hold their ground and resurface year’s later as reworked, classic anthems. Amongst the instrumental rehearsals (five tracks in total) there are a couple of rarities, whilst the remaining five tracks featuring Fergie Frederiksen (who was bought in to allow Vinnie Vincent to focus on guitars), add a diverse feel to the record, and the whole package is rounded out by some quality bonus extras and stuff you may have never known existed. This is how metal sounded in the 80s and with the classic HNE packaging it’s a definitive must for fans of the genre. Mark Freebase