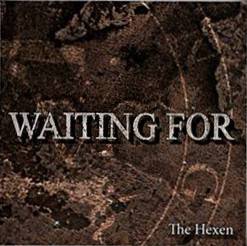 Waiting For – The Hexen (XL Drums)
I have done my very best to get to the core of Belgian metal band Waiting For. You can call it a coincidence or not, but I am still ‘waiting for’ this record to give up its secrets. The songs are groovy, modern and loud, like in the heyday of nu-­metal, but at no time am I truly impressed. It feels like the fellows are always carefully treading in between the margins of their own formula. It’s a blend of metalcore, with repetitive riffs, and more melodic, and better parts, sometimes having Faith No More or Mordred touches, with the occasional dash of Korn. As I said Waiting For has tried to play it safe, and as a result there are too many boring angles to really stand out among the vast number of independent releases. Martijn Welzen