Okay so this is the first instalment of the new monthly demo round up over here at Mass Movement. I originally hosted this column over at my own site Corehammer but since that’s shit the bed it seems only right to relocate to my new home. So here’s the script, I sink my teeth into whatever hardcore/punk/metal is shoved under my nose by my younger/cooler/more switched on friends so that you, dear reader, don’t have to. Nice huh? Basically consider this your short cut to discovering bands you might like without actually having to put forth any effort. You are fucking welcome. 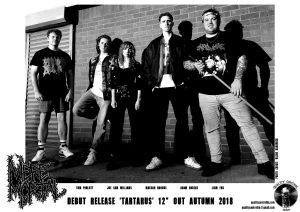 First up is Mere Mortal, a band I had the great pleasure of catching at their debut performance in Leeds last week. If you are remotely interested in thrash metal, Sacrilege, punk rock, skateboards and getting loose then these are the rippers for you for you. With a membership drawn from the likes of Violent Reaction, The Flex and Big Cheese you know quality is assured. The shred is savage reminding me of crossover stuff like The Accused and Foxy’s belligerent vocals compliment the metal rampage perfectly. Listen to Scarecrow and check them out here and look out for their forthcoming Tartarus 12” on Quality Control in the near future. 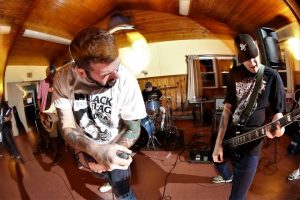 Whilst visiting recently, I asked my buddy Stephen Hupfer of Western Massachusetts to “Tell me some good bands from your shitty town bruh”. His recommendation? Maniac Let it be known that their new War & Insanity LP is a banger of monumental proportions and only a stupid fool would overlook it. Maniac sound exactly as their moniker suggests, as though the lunatics have escaped from the asylum then burnt the fucker to the ground. Musically there’s similarities to stuff like early Ringworm or In Cold Blood but it’s even more seething if that’s humanly possible. There’s a furious Japanese flavour that keeps Maniac from sounding just like every other meathead Clevo clone doing the rounds. The vocalist sounds genuinely unhinged and this whole record makes me feel like I want to fight authority figures and chuck a rubbish bin through a storefront. Very good.

Speaking of Maniac, guitarist Tyson has just unveiled a side project called Curse of Instinct. As the name might suggest COI take a more direct 90’s hardcore influence than the Clevo flavour of his main squeeze. I hear shades of Turmoil, Deadguy and Harvest all surfacing in the songs here. It’s four bangers of driving discordant and furious metallic hardcore that writhes and twists in a similar fashion to Threefold Misery era 108. Something about the seething tone of the vocals really reminds me of Bloodlet’s thick necked anguish too. Definitely for fans of baggy jeans, shell toe trainers and xl t shirts. 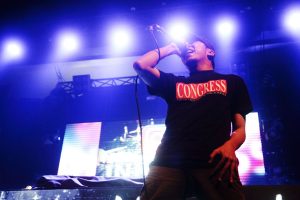 Next on the butchers block we have Hands Upon Salvation, a metallic hardcore band from Indonesia. These guys started following my zine on Instagram so I thought it only polite to go have a browse and see what they had to offer. Turns out they’ve been grafting away since 2006 and this new record entitled Heresy is the most recent chapter in an impressive catalogue of work. What do they sound like? Glad you asked mate…Hopes Upon Salvation sound like they would have been perfectly suited to playing  alongside Liar and Congress at the Vortn’ Vis in 1996. They’ve got that whole H8000 edge-metal thing nailed down Thrash inspired riffing, big mosh parts, all the double beater and scalding vocals that denigrate the ill’s of humanity. There’s some nifty Gothenburg flourishes in the guitar work here and there that are kinda reminiscent of later Himsa. Hands Upon Salvation even throw a pretty decent Liar cover into the mix.  If you dig the metallic end of 90’s euro hardcore then give Heresy a chance. 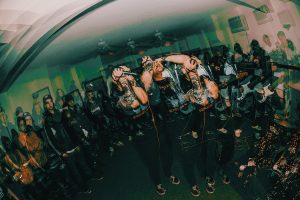 Finally we arrive at Tourniquet from New Jersey. They just released a record called I Hate The Way This Makes Me Feel on Contraband. Whilst I think that’s a shit name for a record and it rang all sorts of alarm bells, I gave them the benefit of the doubt and got stuck in. Verdict?  It’s pretty bloody good. Heavy as all hell and wound so tight the tension is tangible. Tourniquet are clearly influenced by all that discordant/off time crazy stuff that evolved out of metallic hardcore at the arse end of the 90’s. It sounds like NineIronSpitfire shanking the first 18 Visions EP. Maybe that comparison sounds kinda whack but trust me that this is an absolute barrage of ill feeling. I’m picking up a definite Orange County influence to the material but think Adamantium rather than Throwdown and I’m quite OK with that. Go check them out here

That’s your lot for August, more next month. Nathan Bean