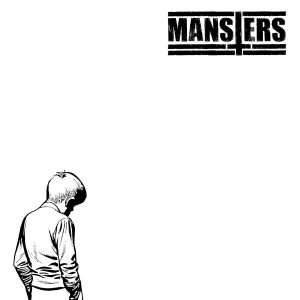 Picture the scene. It’s the closing third of the Royal Rumble and the ring is full of heavyweight, old school brawlers pounding the crap out of each other, when all of a sudden, the countdown begins and a new contender sprints down to the squared circle, somersaults over the top rope and enters the fray.  Then in a pulse pounding series of Stunners, Five Star Frog Splashes, Hurricanrana’s and Rock Bottoms, the newcomer clears the ring and in a flourish of never seen before moves, dispatches each and every entrant who follows him to become the undisputed Number One contender in record fashion. The Mansters are the HC equivalent of that newbie and one man wrestling wrecking machine, delivering their speedy HC attack in a rapid onslaught of jaw dropping tunes that knock you for six and don’t let up until you’ve been turned upside down and inside out. And as for what their devastating sonic attack sounds like, think Poetic Justice era Ripcord meets Intensity with a little Electric Frankenstein and SOIA thrown in for good measure and you’ll be pretty much on target. That boot that just kicked your teeth down your throat and laid you out, smack bang in the middle of the ring for the three count? That was The Mansters… Tim Cundle