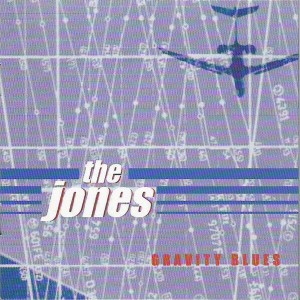 The Jones – Gravity Blues Vinyl/CD (Boss Tunage)
More Dickie Hammond goodness courtesy of Aston and Boss Tunage. This time in the company of fellow HDQ conspirator Golly. Comprising of the ‘Gravity Blues’ album from 2000 plus the ‘Stokoe 7” and ‘Fatty Jones CDEP’, it’s a comprehensive discography of the band which also featured ex-members of the Abs, Dub War and Hooton 3 Car. Edgy and melodic (NB: MELODIC– not pop punk!!) with Golly’s recognisably raspy vocals. More punk than Hammond’s other Anglo-Welsh project Doctor Bison – so definitely one for the HDQ/Leatherface fans out there. Ian Pickens