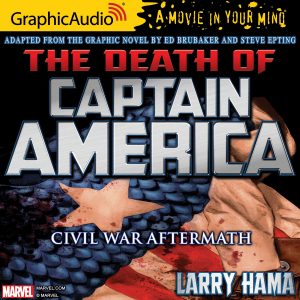 I remember the day Steve Rogers “died”. Despite the fact that, being well versed in the four colour universe, I knew that being dead rarely meant staying dead forever in comics, it still broke my heart.  Captain America was, and remains to this day, the only constant on my pull list and when those bullets struck him down, it felt like a piece of my world died with him on those cold, stone steps. Then Bucky, the Winter Solider, as was and is again, stepped into the void left by his best friend and suddenly everything began to feel okay again, as James Barnes more than any anyone else, knew what Steve Rogers would expect from the individual chosen to succeed him and was determined to do his utmost to live up to his former comrade in arms, and mentor’s, legacy. The Death of Captain America is the story of how, in the aftermath of the first superhero Civil War, Steve Rogers gave his life for another and how James “Bucky” Barnes became Captain America and how the Red Skull’s plans to control the White House were foiled by his oldest adversaries allies. It’s a tale of betrayal, conscious and unconscious, of political duplicity, intrigue and assassination, of espionage and secrets, of the machinations and manoeuvring of the forces of darkness and the heroes who oppose them refusal to give in at any cost. And it’s a tried, trusted and true, fists flying, bone crunching, sinew snapping, full tilt, action spectacular that leave you gasping for breath and desperate for more.

Following the plot of Larry Hama’s novel, rather than Ed Brubaker and Steve Epting’s original story which Hama’s book was based on, The Death of Captain America roars through its plot, its V8 powered heart continually red lining as it throws swerves and twists at its audience at every conceivable, and even some inconceivable, points.  Fast, furious and riddled with well-designed chicanery and prestidigitation, Richard Rohan’s adaptation utilises the story to its fullest and lets the cast make the characters their own, with each and every member of the ensemble delivering a tour de force performance that literally, as Bucky might say “blows your socks off and knocks you right through the nearest popsicle stand”.  Keeping its core themes, the relationships forged in war and conflict, of honour, friendship, the malleability of men and the corruptive nature of power and how faith in an ideology and belief system can transform even the mildest of people into iron clad leviathans, The Death of Captain America is a must hear drama that’ll drag you straight into centre of everything that’s wonderful about the Marvel Universe. Captain America is dead, long live Captain America… Tim Cundle