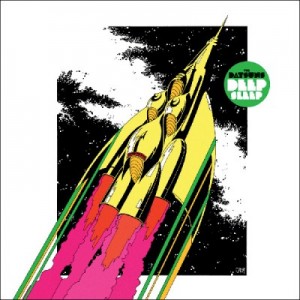 The Datsuns – Deep Sleep (Hellsquad Records)
A very good start for the band from New Zealand keeping 70’s dirty riffing alive. This being the 6th album and not too shabby by the sounds of it, I could throw on an early Black Sabbath, UFO or Vardis album and this would sit alongside them in that the sound is so 70’s rock. Only 35 minutes long but it offers no pretensions, no multi layered solos, just great, honest rock riffs.
Best tracks are the opener “Caught In The Silver” and “Looking Glass Lies”, the latter with a bullet train pace. Most of the songs are just on the cusp of being so 1970’s it’s almost a parody but don’t let that put you off from listening to it. The end and title track “Deep Sleep” is very psychedelic, dreamy and trippy, a perfect end to the album. Check out the video to “Bad Taste” on youtube off this album to give you a good idea how the whole CD sounds. Paul Hoddy