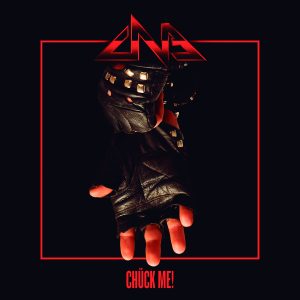 They’re the hard rock band with the punk rock attitude.  Gothenburg’s Chuck Norris Experiment (if you’re not familiar with them 1. You’re a twat 2. Get to know them 3. They are named after the legendary blues guitarist not the hardest moustachioed fucker in the world) are now on their seventh full lengther (plus one acoustic record as their alter-ego The Chuckies) and I’m pleased to report that they are carrying on the stunning form they were in on 2014’s Right Between The Eyes. With their most stable line-up in years they are now ripping out the best attitude drenched nails hard rock since the classic era of Accept.

Lead off track and promotional teaser Habit to Support might be a little more subdued than Black Leather on RBTE but it soon gives way to the lethal swagger of Money Maker and you’re back on that familiar track of throwing the horns and air-guitaring along to the blistering guitars of Ripper and Rooster.  Long Way Back and Bastards back to when ballads didn’t make you cringe and provides a bit of respite before Murder on My Mind lets Chuck Ransom’s gravel tones get you back into the groove.  I won’t pass judgement on how Bad Hombres got renamed from No Fucks Given but it will probably allow them hassle-free entry to Nottingham in the future and it’s a fucking storming track, whatever it’s called!  Indeed the latter half of the record really does hit its stride with Liars And Thieves, Piece Of Ass both evoking a heady mix of the 80’s sleaze the album’s cover pays homage to, a dash of Motorhead and the aforementioned Accept.

With a crisp production courtesy of Chuck Tonic, Chuck Me is a very rare record in these days of genres and sub genres and just plays the straight up hard rock card as well as it can be.  Darrel Sutton