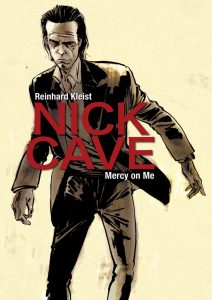 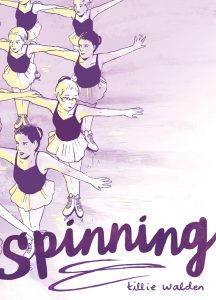 In its landmark tenth anniversary year, UK independent graphic novel publisher SelfMadeHero has acquired the UK and Commonwealth rights to Spinning, the first full-length autobiographical work by Austin-based cartoonist and illustrator Tillie Walden. Born in 1996, Walden was the only graphic novelist to be included on The Guardian’s list of the “top 20 talents set to take 2017 by storm”.

In Spinning, she tells the story of her childhood, which was spent in the twisted, insular world of competitive figure skating. With the rink as its backdrop, this hotly anticipated graphic memoir captures what it’s like to come of age, come out and come to terms with leaving behind everything you used to know. The rights were acquired by SelfMadeHero’s Managing Director Emma Hayley from First Second.

Additionally, SelfMadeHero has secured world rights to the English-language edition of Nick Cave: Mercy on Me, a graphic biography of the renowned musician, novelist and actor. The book is written and drawn by the award-winning graphic novelist Reinhard Kleist, whose previous titles include Castro, Johnny Cash, The Boxer and An Olympic Dream (all published by SelfMadeHero). Nick Cave: Mercy on Me draws on extensive research and numerous meetings with Cave himself, who has endorsed the project.

“Having founded SelfMadeHero 10 years ago with the Manga Shakespeare series”,  says Emma Hayley, “I’m proud to have created, with the help of a committed team, a publishing company that attracts the best in its field – both new talent and experienced creators”.

As part of its tenth anniversary celebrations, SelfMadeHero will host a panel discussion at this year’s London Book Fair: “Graphic Novels: The Last Ten Years, and the Next”. The panel will bring together some of the graphic novel industry’s leading figures for a discussion of the trends and turning points of the last ten years. Chaired by Panel Borders presenter and Graphic Brighton co-curator Alex Fitch, the panel will feature SelfMadeHero’s Managing Director Emma Hayley, bookseller Steve Walsh (Gosh! Comics) and comics writer David Hine (Marvel, DC, 2000AD and SelfMadeHero’s The Man Who Laughs). The event will take place in Olympia’s Cross Media Theatre on Wednesday 15th March from 14:30-15:30.