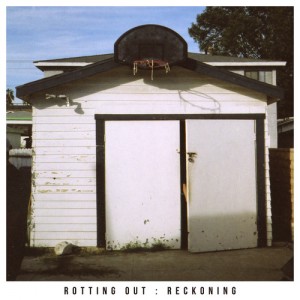 Rotting Out – Reckoning (Pure Noise)
Mass Movement’s favourite merchants of new crossover empty another magazine of five fierce hardcore bullets. Two of which are Circle Jerks covers, to show the roots of this five ­piece. It’s not a major step forward from ‘The Wrong Way’ (2013), but as we’ve been playing that one endlessly we wouldn’t want any major changes. There’s bits and pieces which have spiced up things a little. It’s just a must have for anyone who likes hearing loud and insane in one sentence. Martijn Welzen