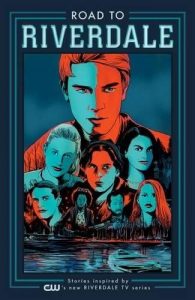 All stories start somewhere, and the characters and history that the CW’s new series Riverdale is based on began in the pages of Archie.  However, with a seventy five year history of stories revolving around the red-headed teen and his chums, it would have been nigh on impossible to even attempt to try and condense even a fraction of the available mythology into a television show.  So for once a network did the smart thing and opted to (loosely) base its series on the titles that Archie Comics relaunched in 2015. Road to Riverdale collects the first issues of the books that Riverdale drew inspiration from as a way on introducing new and old fans alike to the twenty first century, four colour versions of Archie, Jughead, Betty, Veronica, Reggie and Josie and the Pussycats as well as providing a peak into the inner workings, and a little of the history, of Riverdale.  And not only does it achieve its objective in grandiose fashion, it’ll turn each and every one of you who reads it into bone fide Archie fans; because thanks to its near flawless marriage of incredible writers and supremely talented artists, Road to Riverdale is the comic book equivalent of crack cocaine. One hit and you’re hooked.

Thing is, I know what I’m talking about as I became a terminal Archie fan after reading Waid and Staples Archie and Zdarsky and Henderson’s Jughead, the first issues of which are included in this collection and are more than worth the cover price in their own right. Add Josie and the Pussycats, Reggie & Me and Betty & Veronica into the mix and you’ve pretty much got the ultimate Archie sampler. The stories are wonderfully authored and beautifully rendered slices of everyday life, relationships, teenage drama, families and friendships that anyone and everyone can immediately relate to, and as such, form an almost instantaneous bond with. Rather than hurtling along at the frantic pace of the more usual, caped, crusading comic book fare, Archie and his inner circle’s stories rely on a far more gentle, character driven, dialogue centric style. Funny, endearing and involving, they weave their own peculiar magic over the reader, drawing you in through their incredibly personal and ridiculously mesmeric plots which slowly develop as you become more involved in the lives of both the major and minor players.  Be warned though, these takes are highly addictive and once you’re exposed to them, don’t be surprised if you find yourself desperately adding all of the titles to your pull list. It will happen, so don’t say you haven’t been warned. The Road to Riverdale begins here… Tim Cundle